Pringle loves the pace and space of 3x3 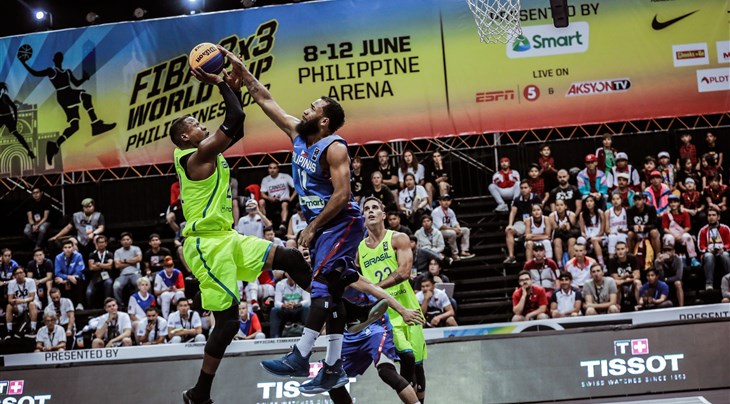 Pringle, a star guard from the Philippine Basketball Association, is well-known for his ball-handling, and he displayed his full repertoire as the Philippines made Brazil dance the samba in their 15-7 victory on Day 2 of the FIBA 3x3 World Cup 2018.

"The game here is more fast-paced and has a lot of intensity," he said. "But we have been practicing hard. We just executed and played hard."

Pringle scored 4 points in the game - all from daring drives to the hoop after making his defenders nearly lose their ankles and their wits. Pringle's skill-set was clearly built for this kind of game, especially with so much more room for him to exploit.

"I like this game," he said. "There's a lot more space, and it gives me the feeling I could move around a lot more."

Of course, Pringle, who used to be one of the "Slash Brothers" when he was still teammates with crossover king Terrence Romeo, also acknowledged the support of the Philippines fans, who came out in droves to lift the team up with their cheers that were louder than Manila traffic.

"The support from everyone definitely gave us a lot of motivation," said Pringle. "The fans have been really supportive no matter what happens."