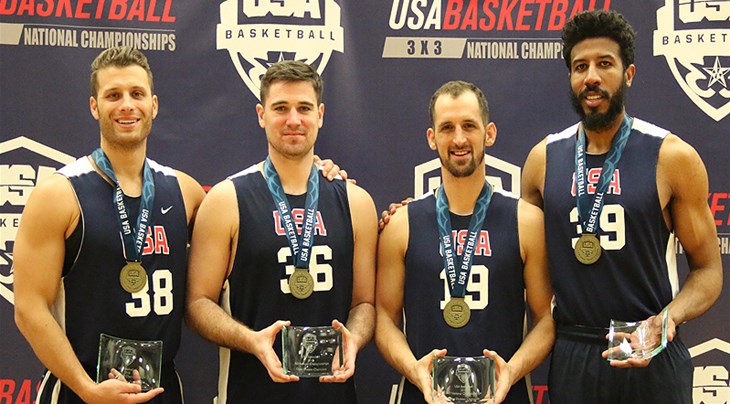 By beating Team 3Ball Minnesota in the final (21-14), Princeton not only became national champions, they also clinched their spot to the FIBA 3x3 World Tour Mexico City Masters on September 8-9.

The team had a perfect 8-0 record in Colorado Springs and got a nice boost from their latest addition, Kareem Maddox, who was named MVP of the tournament.

"To qualify for the Mexico Masters is really exciting," star player Dan Mavraides said. "We are also qualified for the Saskatoon Masters, so a lot of hoops to play and a lot of 3x3 growth to come."

Princeton earned their ticket to the Saskatoon Masters - where they made their World Tour debut last year - after winning the NBA Dew 3X Tour last year.

In the women's competition, a selection from the University of Oregon also had a clean sweep in Colorado (8-0).

The final was their masterpiece: they ousted a much more experienced Bye Felicia team 21-5. The squad featured Otiona Gildon,Erin Boley, Ruthy Hebard and college basketball star Sabrina Ionescu (in this order on the photo below).

The Oregon Ducks became the 3x3 National Champions and may get a chance to represent the country at the FIBA 3x3 World Cup in the Philippines on June 8-12. USA Basketball are expected to announce the final roster in the upcoming weeks.

"It does help that I played 3x3 before, for sure," Boley added. "It definitely helps knowing how to space the court, how to play with each other, because 3x3 is much different than playing basketball. It’s much faster pace. You have to really be on your toes on every possession, so it definitely helps to have that experience."

Sabrina Ionescu was named MVP of the women's competition.