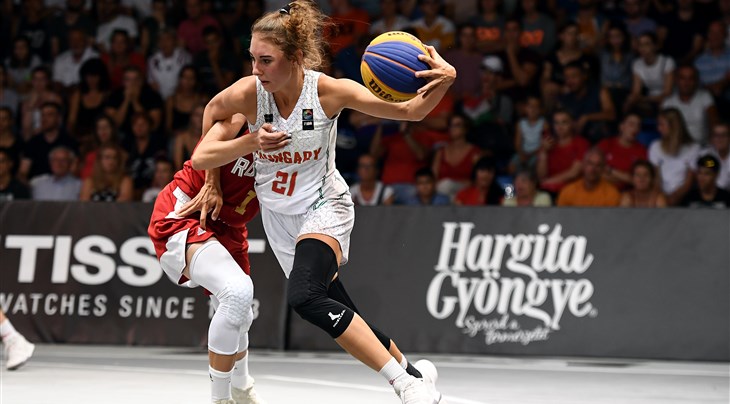 BUENOS AIRES (Youth Olympic Games 2018) - The 40 participating teams (20 men’s and 20 women’s) were divided into 8 pools of 5 after the automatic seeding of the 3rd edition of the 3x3 basketball competition at the Youth Olympic Games (YOG), that will bring together some of the best U18 3x3 players in the world in Buenos Aires, Argentina on October 6-18, 2018. Things could have been easier for both defending U18 World Champions. Belgium's men will face 3x3 powerhouse Latvia in the pool stage and USA's women will play Ukraine.

Besides Ukraine, the U.S women - who won the last edition of the YOG in Nanjing, China in 2014 - will face Venezuela, Sri Lanka and Egypt in Pool B.

Belgium were seeded in Pool D alongside Kazakhstan, Kyrgyzstan, Latvia and Italy .

The seeding is conducted automatically according to the FIBA 3x3 Federation Ranking of each national federation at the September 1, 2018 cut-off date. As per FIBA 3x3 regulations, teams are seeded as follows:

Hosts Argentina were placed in the toughest pool of the men's competition. They will need to bring their A game to advance in Pool C, as they will face Estonia, Mongolia, who just won bronze at the U18 Asia Cup, a Russian team that impressed at the U18 Europe Cup and last but not least, the USA.

Pool B will see the new U18 Asia Cup winners New Zealand, led by tournament MVP Max de Geest. We will also see the return of 2016 U18 World Cup runner-ups Brazil, together with Andorra, Ukraine and Venezuela, .

Last but not least, 2017 U18 Asia Cup winners China headline Pool A. Georgia, Jordan, Slovenia and Turkmenistan complete the pool.

In the women's competition, hosts Argentina were placed in Pool C with 3x3 U18 Europe Cup silver medalists France. Andorra, Indonesia and Mexico will not make things easy for them.

Pool D can be considered the Pool of Death. Don't believe us? How about Czech Republic, Netherlands and Spain competing for two spots in the next round? Not enough? Just throw in Australia and Estonia in the mix!

This year's U18 Asia Cup champs China headline Pool A. Their biggest competition will be 2017 3x3 U18 European Champs Hungary and MVP Orsolya Toth. Germany, Iran and Romania will complete the pool.

Fans can find more information about the event on the official competition website and react to the seeding on social media with the hashtags #3x3YOG and #FeelTheFuture.