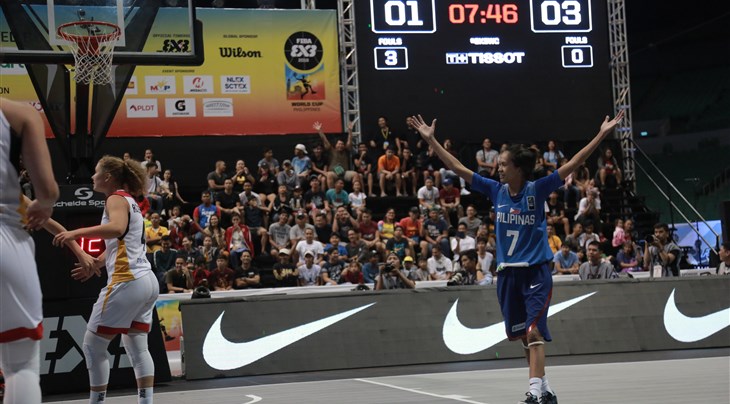 All day long, hometown favorite Pontejos's shooting was sweet as honey - she even finished among the top two in the first leg of the Shoot-Out Contest for women. The 25-year-old sniper was at her best against Spain, hitting 5 twos on her way to 13 points, while she also lit up the board with 7 points against Hungary for a staggering Day 3 total of 20. Tied for second behind her were France's Johanna Tayeau and Switzerland's Marielle Giroud with 15 points apiece.

Latvia's Karlis Lasmanis, Slovenia's Gasper Ovnik and Ukraine's Maksym Zakurdaiev each scored 19 points total for Day 3, emerging as the top dawgs in the scoring department for the men. Lasmanis had only 6 points against Croatia, but he exploded against Nigeria with 13. Ovnik, meanwhile, tallied 10 points in a key win over Estonia and followed that up with 9 against Indonesia. As for Zakurdaiev, the Ukrainian buried twos like an undertaker, hitting 7 times from beyond the arc en route to his point total for the day.