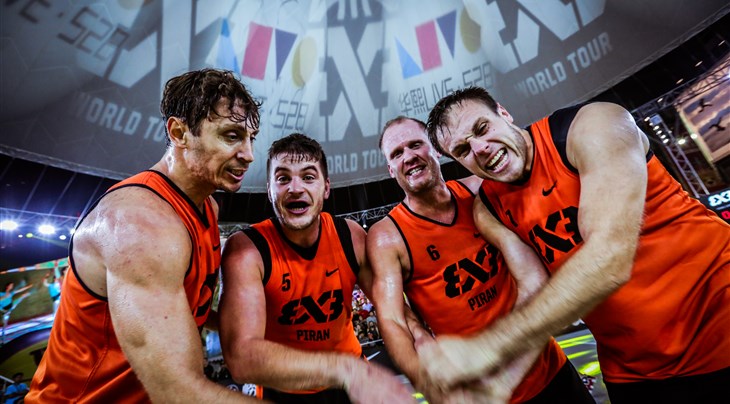 They are the only team in the world who have won 3 Challengers this year (in Penang, Malaysia, Sydney, Australia and Ulaanbaatar, Mongolia). The prize money was 10,000 USD for the winners in each one of these events. They also took home 3,000 USD by finishing 3rd in Limassol, Cyprus on June 16-17.

Liman Tesla Voda (SRB) trail Piran by just 1,000 USD. The winners of the Debrecen and Mexico City Masters last season have already won 2 Challengers (in Wuxi and Chengu, both in China) and finished second in Huai An, China and Limassol, Cyprus.

Humpolec Bernard (CZE) complete the podium with 28,000 USD after winning the Limassol Challenger and finishing second in Wuxi, Moscow and Lipik, Croatia.

Prize money in the 3x3 professional season has reached more than 1.5m USD this season (more than 1m for the World Tour only).

This ranking is likely to change dramatically after the Saskatoon Masters: a team winning a World Tour Masters takes home 30k, 2nd gets 20k, 3rd 12k and 4th 8k USD. Six of the top 10 teams will play in Saskatoon.