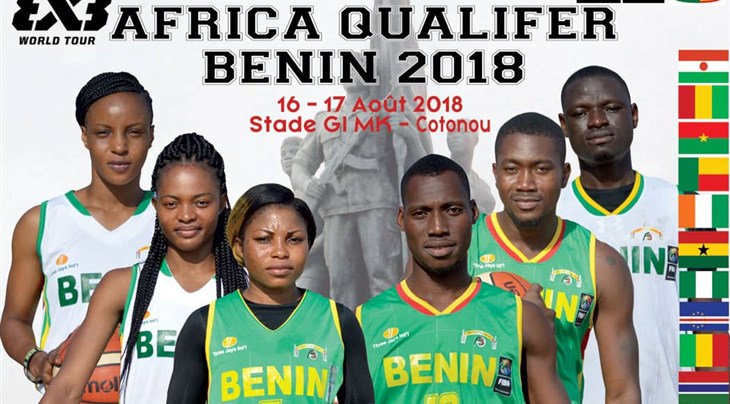 The Stade Gal Mathieu Kerekou - the venue for the event - is preparing to play host to the record 11 countries confirmed for the event.

Hosts Republic of Benin are presenting crack squads that will compete for a place in the Final Round billed for Lome, Togo on November 9-11, 2018 against the stiff oppositions in both categories against Burkina Faso, Cape Verde, Cote d’ Ivoire, Ghana, Gambia, Guinea, Mali, Mauritania, Niger and Nigeria.

According to Federation Beninoise de Basketball President Ismahinl Onifade, his 2 teams are not simply focusing on the welcoming party.

"Benin is ready for the FIBA 3x3 Africa Qualifier not just as host but we are also going to work towards ensuring that Benin grab one of the available tickets in the men and women’s category."

"This is the first major event in the life of my administration as President and we intend to give a good account of ourselves. It is my intention to see that Republic of Benin makes it to the Final Round in Togo.

Nigeria is the men’s defending champions while Mali won it last year with the women.