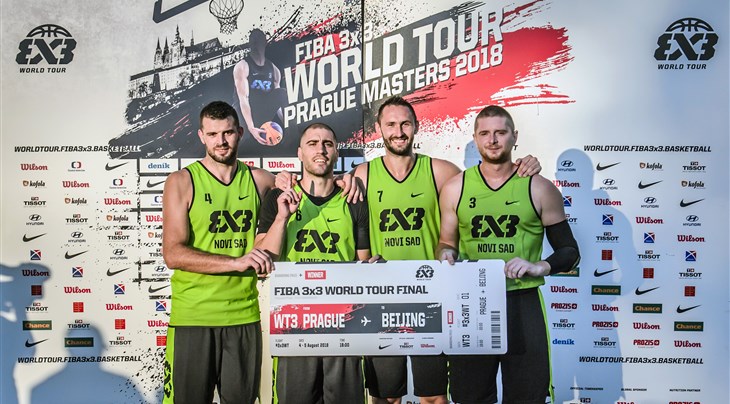 The Serbian squad defeated Gagarin (RUS) 21-12 in the final and became the first team in 3x3 history to go from the Qualifying Draw all the way to the title in a World Tour Masters.

Novi Sad Al Wahda superstar Dusan Bulut was named MVP after leading all scorers at the event, scoring 12 points in the final and dishing an insane spinning no-look behind the back pass, which was featured on ESPN SportsCenter, House of Highlights and all over the web.

This is Novi Sad Al Wahda's 12th World Tour Masters title. They also took home the USD 30,000 cheque, their second of the season after winning the Saskatoon Masters 2 weeks ago.

Gagarin made quite an impression for their first-ever appearance on the World Tour. The young Russian team (22 years old on average) defeated 2 Top 10 teams in the world back to back to reach the final in Prague.

This was the first time the World Tour was played in the front of the iconic Prague Castle but the 6th edition of the Prague Masters overall. Novi Sad Al Wahda won it for the 4th time!

The 4th Masters of the season will be held in the Olympic capital Lausanne, Switzerland on August 24-25,