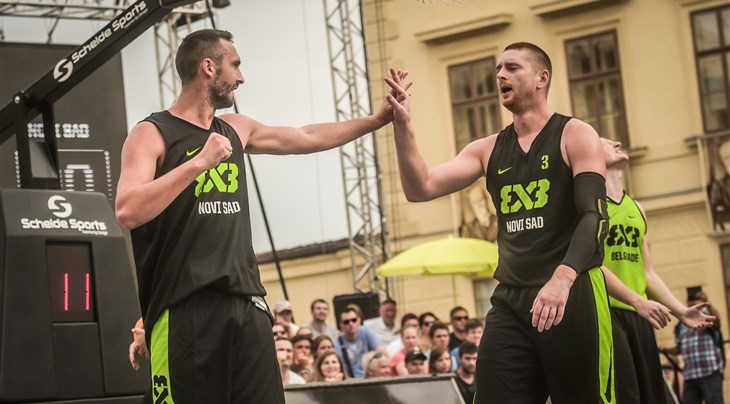 2-time FIBA 3x3 World Tour winners had to start their journey in the Qualifying Draw of the event, where Dusan Bulut gave us a pass of the year candidate. With 2 wins against Prague CBC (CZE) and Antwerp (BEL), the Serbian squad advanced to Pool D, where they were placed alongside Belgrade (SRB) and Humpolec Bernard (CZE). At the end of Day 1, the result for Novi Sad Al Wahda was a 4-0 in Day 1 as they finished on the top of their pool. Due to rain, the game between Belgrade and Humpolec Bernard had to be postponed for tomorrow (14.35h - GMT+2). The winner will join Novi Sad Al Wahda in the quarter-finals.

Pool C was also unfinished. Amsterdam Inoxdeals (NED) and Gdansk Energa (POL) will play tomorrow to decide who advance as first in their pool as both teams are qualified after defeating Brno Mach1nes (CZE).

Utsunomiya Masters winners Liman Tesla Voda (SRB) were a force on Pool A. They will be joined in the quarter-finals by new kids on the block Gagarin, from Russia, who defeated Moscow Inanomo (RUS) at the buzzer.

@zuev.alex, with the @Tissot_official Buzzer Beatter to give Gagarin 🇷🇺 their first #3x3WT win!