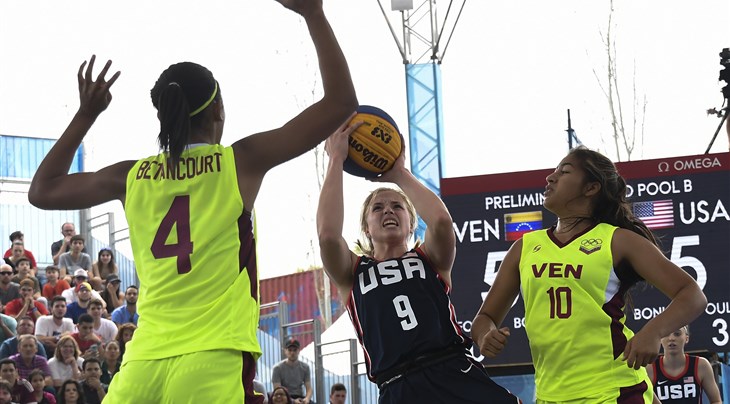 With two wins over Venezuela (9-21) and Sri Lanka (21-8) - this last one without missing a single -1point shot - the question in the women's 3x3 basketball competition is, who can stop the U.S? The team composed by Aliyah Boston, Hailey van Lith, Paige Buckers and Samantha Brunelle showed their skills and dominance in the Urban Park of the Youth Olimpic Games to rule women's Pool B. Ukraine, who also finished undefeated after defeating Venezuela and Egypt, can be a threat for the Americans, their match-up on October 12 will be one to remember!

In the men's category, both Ukraine and New Zealand finished undefeated in Pool B after one of the loudest days in 3x3 history thanks to the Venezuelan fans. Despite their team’s two losses to Brazil and Ukraine, the fans created a great atmosphere in the Urban Park. Andorra also finished their debut with a 0-2 record but in their first game against New Zealand, the reigning U18 Asia Cup winners, proved they were here to compete for every single game after losing 21-16.