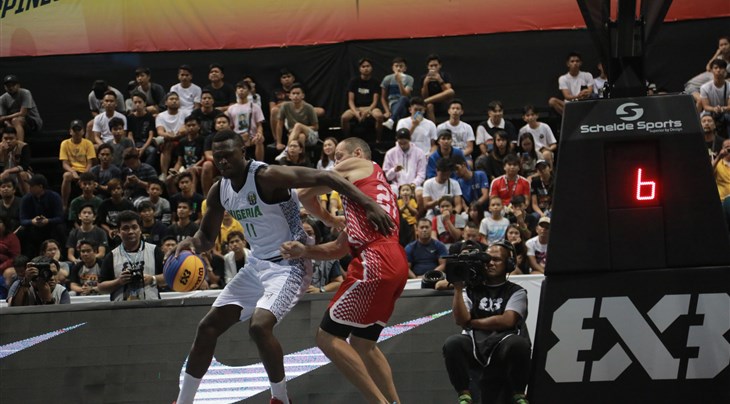 The West Africans opened a training camp in Lagos, Nigeria ahead of the FIBA 3x3 Africa Cup Qualifiers which will take place from August 16-17 in Cotonou, Republic of Benin.

For the men’s team, Nigeria are retaining the quartet of Abdul Yahaya, Azuoma Dike, Lucky Subel and David Godwin who won the inaugural Africa Cup in 2017, while the women's squad is made up of Nkechi Akashili, Nkemuwa Akaraiwe, Josette Anaswem and newcomer Grace Okonkwo. According to the Director of 3x3 in Nigeria, Frank Jituboh, Nigeria are leaving nothing to chance as the athletes are rearing to ensure qualification and defend their title in the men's category later this year.

"We are aware that as champions in the men’s category and runners up in the women’s category at the inaugural edition in 2017, every attention would be focused on us. However, we will do our best to qualify but that is not to say we’re underrating other teams."

"Our players understand the task ahead and know that it won’t be easy playing through the qualifiers in Cotonou. The camp is to get them ready because we know other countries are as hungry as we are to be in the Final Round in November." In the men's category, eleven teams including Benin, Burkina Faso, Cape Verde, Cote d’ Ivoire, Ghana, Gambia, Guinea, Mali, Mauritania, Nigeria and Niger will battle for the seven slots in offer. The teams are divided in one pool of 6 teams and another one of 5 teams. The top 3 teams in each pool qualify for the Africa Cup. The two teams that finish 4th in the pools will play a final game for the last qualification slot.

The teams are divided in 2 pool of 5 teams each. The top 4 teams in each pool qualify to the Africa Cup 2018.