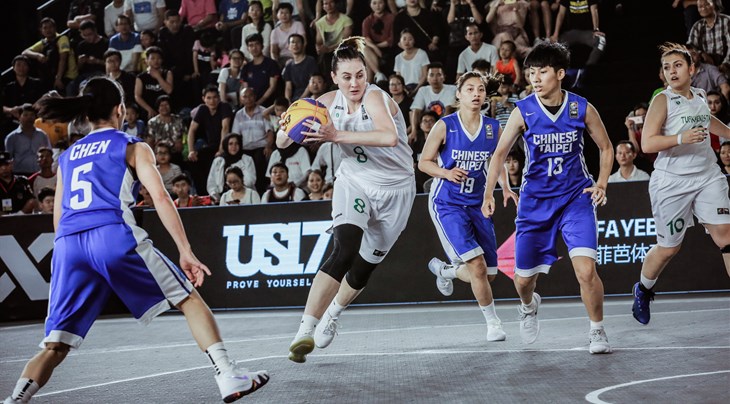 In the men's category, Qatar's Tanguy Ngombo led the FIBA 3x3 World Cup 2014 winners to a 2-0 record after scoring 18 points in total. The 28-year-old scored 8 points in their first game of the day against Chinese Taipei and continued his domination after having no less than 10 points in an overtime win over reigning champs Mongolia. 2nd in the scoring charts was Jordan's Amin Abuhawwas, followed by his teammate Rasheim Wright (3rd).

In the women's category, Turkmenistan's Ayna Gokova finished her first day of competition with 18 points as well. The 25-year-old scored 7 points in her opening game against Chinese Taipei and had an amazing 2nd game of the day against Kazakhstan, when she scored 11 points to help Turkmenistan to overtime. Unfortunately, after two losses Turkmenistan and Gokova are now out of the tournament. Second in the charts was China's YingYun Li (12 points) tied with New Zealand's Chevannah Paalvast. Third was also New Zealand's Antonia Edmondson.