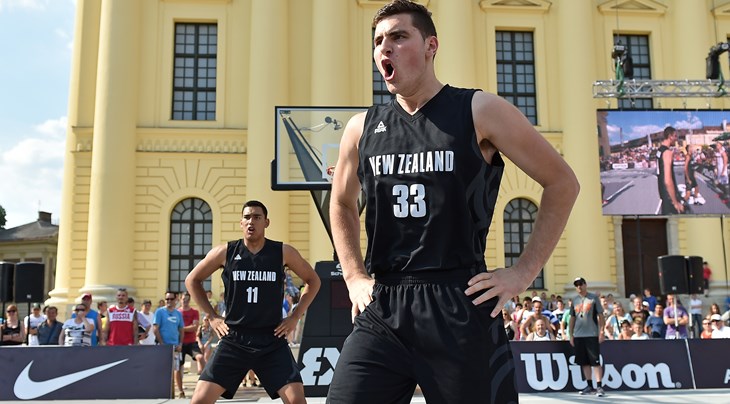 "With the way we play together and rely on each other when things get tough, I think the team is good enough to win the World Cup", said the incoming junior for the Washington Huskies in the NCAA.

"At the end of the day, the team that wants it the most will come out on top and I think the group of guys we have will be in the running." he added.

The 6ft 11in big man shared that they are focusing on defense for their gold medal aspirations.

After all, Timmins knows what it takes to win gold at a major 3x3 event, he was a member of the New Zealand team which won the FIBA 3x3 U18 World Cup 2015 in Debrecen, Hungary.

"We're putting a lot of emphasis on defense because everyone can score, so it's going to come down to taking teams out of their comfort zone," said the 21-year old banger. Timmins shared how excited they are to play in Manila.

"The crowd is electric, I've never been in the Philippines before and I am excited to play in front of this crowd," he said.

Timmins is appreaciative of the support they have been getting from their supporters and hope they can give them what they want.

"I appreciate all the support, I hope we can do something worth watching and we make all of you proud," he ended.

New Zealand will face off with Romania at 12:30 pm and Serbia at 3:30 pm (local time). Watch all 3x3 World Cup Games LIVE via our FIBA 3x3 YouTube channel.