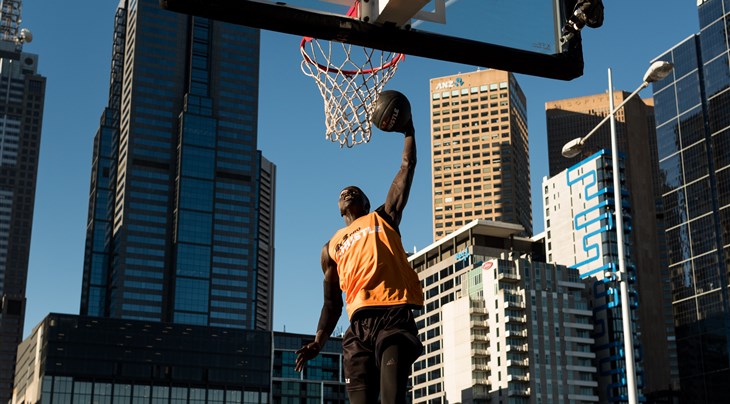 MELBOURNE (FIBA 3x3) – Basketball Australia and the National Basketball League (NBL) have joined forces to bring 3x3 basketball to Australia with the unveiling of the 3x3 Hustle.

"This is a major development for Australian sport. The 3x3 Hustle is a unique opportunity to bring to life a game that all Australians can play and enjoy from street level to the elite level," he said.

"The 3x3 Hustle will open up basketball to a new group of players and fans who will embrace a fast, energetic and exciting form of the game. It will not only grow participation and awareness but also create a pathway for athletes to represent Australia at the Olympic Games."

NBL Owner and Executive Chairman Larry Kestelman said: "This is an exciting time for Australian basketball. Importantly the sport is united and we are proud to be working with Basketball Australia to build what is a really exciting and innovative initiative for basketball in this country."

"We want to attract not just the best athletes to the sport but males and females of all ages around Australia who can enjoy the newest form of the game."

Not only will there be men and women’s categories at the 3x3 Hustle, the prize money will be the same for both.

NBL Chief Executive Jeremy Loeliger said: "The recent growth of the NBL has been all about entertainment and people having a good time. The 3x3 Hustle will give us an entirely new platform to take the entertainment factor to another level, while also making the game more accessible than it has ever been."

The 3x3 Hustle will have a number of entry levels from street level to the professional level. The Pro Hustle will consist of 16 men’s and 12 women’s teams and will be played in April and May this year.

It will consist of a mixture of professional teams and teams from the Big Hustle, a state based 3x3 championship to be played in the lead-up to the Pro Hustle.

There will also be a Street Hustle comprising of suburban teams and Urban Hustle made up of regional teams.

The winners of the 3x3 Hustle will become the first Australian team to compete at the FIBA 3x3 World Tour since 2012.