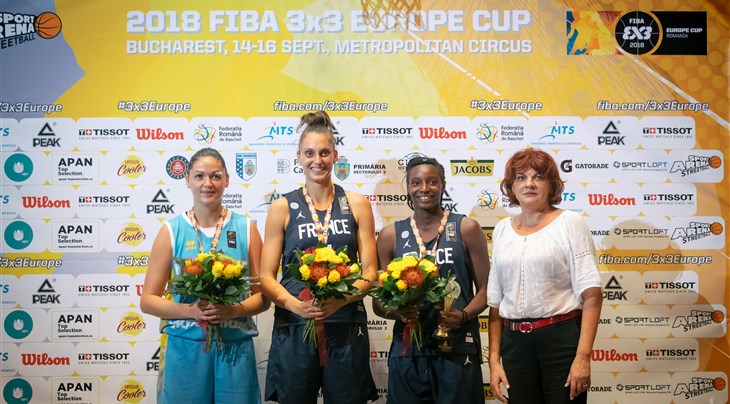 The 23-year-old was named MVP after leading France to their first-ever gold medal in the women's category and topped all scorers with 35 points.

She was joined on the Team of The tournament by teammate Ana-Maria Filip, who also had 35 points in the competition and was unstoppable in the paint. The third member of the team of the tournament was Anna Olkhovyk, who hit the Tissot buzzer beater that gave Ukraine the bronze medal in overtime against Italy.