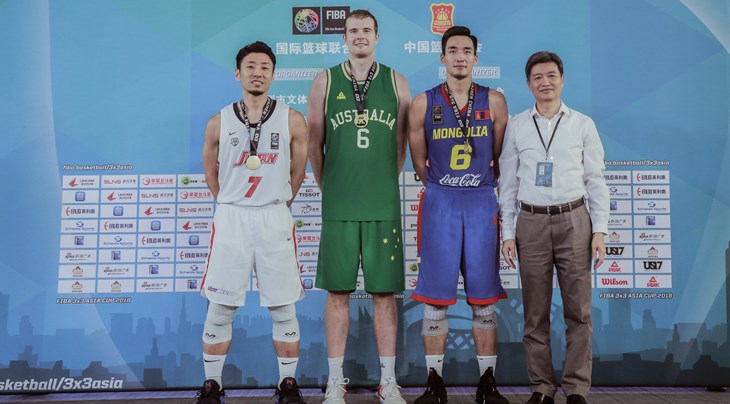 SHENZHEN (FIBA 3x3 Asia Cup 2018) - Thomas Garlepp (Australia) was named MVP of the FIBA 3x3 Asia Cup in Shenzhen, China on April 29 - May 1. He was joined in the Team of The Tournament by Japan's Keita Suzuki and Mongolia's Dulguun Enkhbat.

Garlepp topped all scorers in Shenzhen and saved his best performance for the nail-biting final against Mongolia. He netted a game-high 10 points, including a cold-blooded shot from outside the arc for the win in overtime. The 32-year-old led Australia to their first Asia Cup in the men's category.

Last year's MVP Dulguun Enkhbat joined him in the Team of the Tournament after leading the defending champs to silver. The 26-year-old finished second overall in scoring in the men's category with 29 points.

Last but not least, Japanese 3x3 legend Keita Suzuki also made it to the Team of the Tournament after leading in scoring (28 points) a surprising Japanese team, that struck bronze in China.