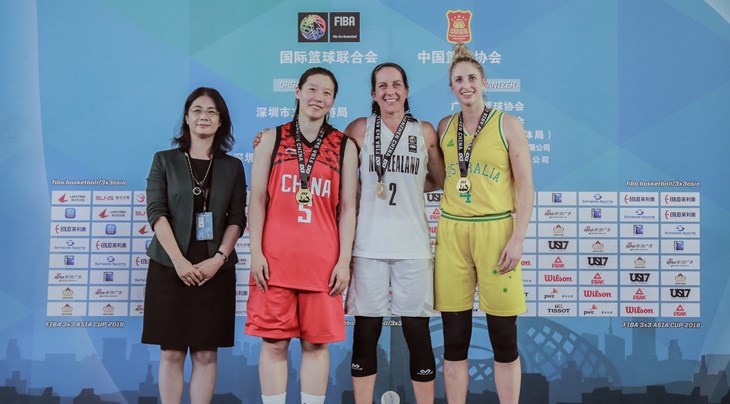 Micaela Cocks earned MVP honors at the FIBA 3x3 Asia Cup after guiding New Zealand to the gold medal in the women's competition. The 5ft 8in (1.74m) played a crucial role in the team's title with the game-winning 2-pointer in overtime in the semi-finals against Australia and a game-high 5 points in the final against China. She scored 23 points overall.

YingYun Li, from China co-starred on the team of the tournament after the leading hosts to the silver medal, an upgrade over last year's bronze.

They were joined by Rebecca Cole, the top scorer of the women's tournament with 39 points, who was key in Australia's bronze-medal finish.