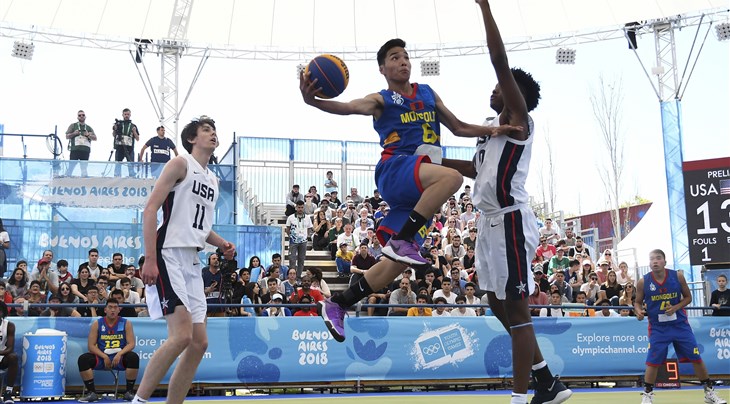 The Mongolian 3x3 Basketball Association will host the seventh edition of the competition, which became the first-ever 3x3 event organized by FIBA (in Rimini, Italy) back in 2011.

“3x3 has been a blessing for us. We’re a small country in terms of population and basketball success but with 3x3 we’ve become the best team in Asia. 3x3 has become a national sport for us and we’ll be honored to host the Olympians of tomorrow in our country.”

Mongolia’s men won the FIBA 3x3 Asia Cup 2017 and struck silver this year. They reached the quarter-finals of the FIBA 3x3 World Cup 2018. Mongolia have also found success in youth categories (bronze at the FIBA 3x3 U23 Nations League and FIBA 3x3 U18 Asia Cup in 2018).

“It proves that with hard work, dedication and a vision, success is possible in 3x3. Mongolia have demonstrated they could host high quality international events at the FIBA 3x3 Asia Cup last year so we have no doubt the FIBA 3x3 U18 World Cup 2019 will be a tremendous success.”

All games at the FIBA 3x3 U18 World Cup 2019 will be played on the same court with 20 men’s and 20 women’s teams competing in a team event and in three individual contests (men’s dunk contest, women’s skills contest and mixed shoot-out contest).

The selection of teams for the tournament is based on the FIBA 3x3 Federation Ranking at the cut-off date of November 1, 2018. The Ranking includes sport and development criteria, allowing both the strongest teams on the field as well as the most active countries to participate in the event, which fulfills a key aim of 3x3 - diversity. At least thirty different countries and territories from all continents will be represented at the event.