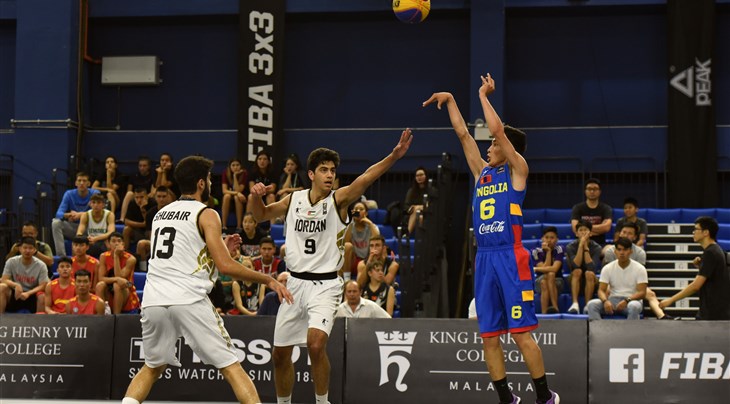 Team of the Day: Mongolia (M)

Mongolia's men started the competition in the qualifying draw on Thursday. The men's team have played four games but they showed no sign of slowing down. Ulzii-Orshikh Myagmarsuren had a hot hand in their first game against Jordan. The 17-year-old, who looks like a double to Dugluun Enkhbat (MGL) member of Team Ulaanbaatar and MVP of the Asia Cup 2017, scored 13 points including 6 2 pointers. Mongolia went on to win the game 21-09 and time to spare on the clock.

In their second game , Mongolian's used their passing game to secure a win as the Indonesians tried to make a comeback. They won the game 21-17 and secured first place in Pool B. They will face Kyrgyzstan in the quarter-finals tomorrow.

Qatar was the second undefeated team of the day and they could not have done without big-man Bobo Magassa. The 3x3 veteran who played for Qatar at U18 World Cup and U18 Asia Cup in 2017 and was also apart of the team who won the U18 Asia Cup in 2016. Today, he was clearly on a mission to take back the title.

The 18-year-old, was the top scorer of the day with 18 points and produced a highlight reel on his own. He helped Qatar demolish the competition in their two pool D games with 21-03 win against Kazakhstan and 21-13 win over Kyrgyzstan. They will face Jordan in the quarter-finals.

In the shoot-out contest, the following players will compete for the medals: