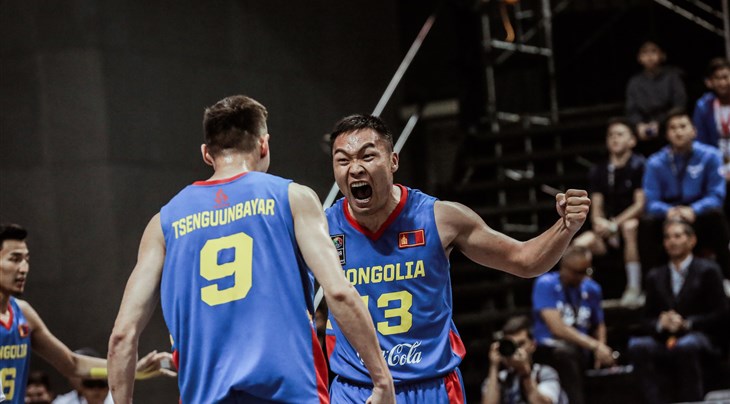 Here's how Day 4 went down.

Team of the Day: Mongolia (men) and Czech Republic (women)

Mongolia continued their giant-slaying ways on Day 4 and extended their winning streak to three gamaes. They took down Russia and Brazil in succession to end pool play with 3 wins and a ticket to the Quarter-Finals. Their win over Russia, in particular, was quite scintillating (more on this in a bit).

In the women's category, Czech Republic won an epic 21-20 win against Italy despite playing without any sub after Andrea Ovsikova went down with an injury. Romana Stehlikova finished the job from the line and secured 1st place in Pool A and nothing could ever change that, not even a loss against Malaysia in their final game.

A historic win for Mongolia 🇲🇳 as they defeat basketball powerhouse Russia 🇷🇺 at the #3x3WC pic.twitter.com/19p5PlU9cH

What a game and upset this was! Mongolia, seemingly still feeling the energizing effects of their win over hosts Philippines on Day 2, had some spunk in their step against fancied Russia. The third-seeded Russians seemed to have control for most of the match, but the Mongolians were never too far behind. The East Asian juggernaut then unleashed a wicked endgame run anchored on the low-post play of man-mountains Delgernyam Davaasambuu and Tserenbaatar Enkhtaivan to steal the game, 21-18. More than the exhilaration of the win, however, the bigger effect of this result was it pretty much gave the Russians the boot from contention.

This is how you silence thousands of Filipino fans 🤫 #3x3WC@MrLinklater 🇨🇦 #TissotBuzzerBeater pic.twitter.com/4ja0kiIC0h

Michael Linklater was a whirling dervish of activity for Canada on Day 4. He is the 3x3 equivalent of a jack of all trades, doing everything on the court as the Canadians completed a sweep of Pool C. Linklater made good on his promise to silence the hometown Filipino crowd as Canada survived Philippines, 20-19, and then proceeded to lead their unbridled blowout win over Brazil, 22-4.

Team USA's Sabrina Ionescu was just in the zone and displayed more handles than your grandma's dresser, running rings around her foes and whipping assists if she weren't sinking buckets. She had 5 points in a lopsided win over Uganda and led the way with 11 points in their triumph over Russia.