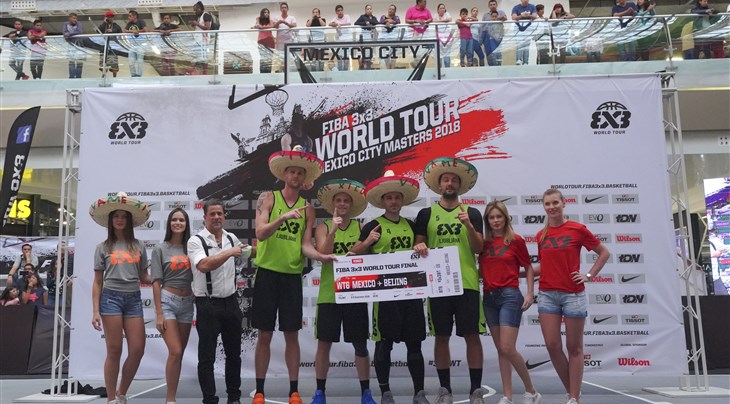 The 2-time FIBA 3x3 World Tour Winners won their first Masters of the season and stamped their ticket for the Bloomage Beijing Final, that will take place in the Chinese capital on October 27-28.

The Slovenians defeated Ponce, from Puerto Rico, in the final 21-17.

Jasmin Hercegovac was named MVP of the event after leading all scorers in Mexico with 42 points overall, and scoring 15 points in the final alone.

In the individual contests, Steve Sir (Saskatoon, CAN) won the shoot-out while U.S dunker Connor Barth dominated the dunk contest and cashed in USD 2,500 in prize money.