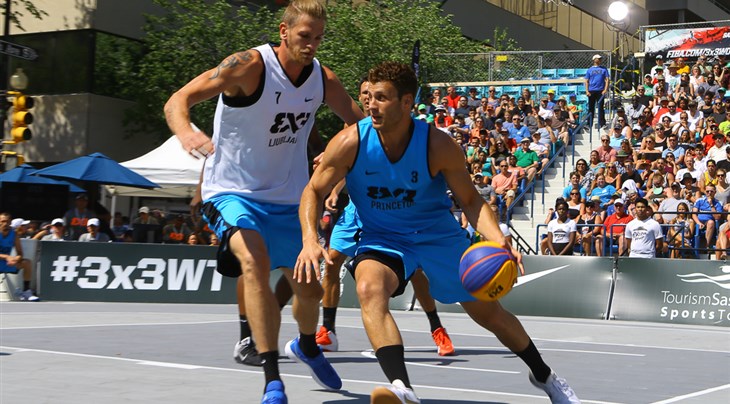 LIGNANO SABBIADORO (3x3 Challenger) - Eight of the Top 20 teams in the world meet in Lignano Sabbiadoro, Italy, on July 14-15, just one week before the start of the FIBA 3x3 World Tour 2018 in Saskatoon, Canada.

For the first time ever, Italy will host a 3x3 Challenger and the level of competition could hardly be higher.

Liman Tesla Voda (SRB) will be the team to beat in Italy considering they're the number 1 seed, the 2nd team in the world and the squad that has secured the most World Tour tickets so far with 6 out of 9!

Can @Liman3x3_teslavoda 🇷🇸 qualify for all 9 #3x3WT Masters this season? 🤔

Liman Tesla Voda and Princeton (USA) are the two teams, who will use this weekend on the Italian coast as a warm up for the FIBA 3x3 World Tour Saskatoon on July 21-22. Not to mention the chance to stamp a ticket to the Lausanne Masters (would be Masters #7 for Liman!) and of course the 10,000 USD in prize money for the winners.

Besides Princeton, the Serbs will have to deal with the only team that has cashed in more prize money so far this season. Team Piran (SLO) has topped the professional season with prize money at 33,000 USD. They're the only team who won 3 Challengers so far this year (Penang, Sydney and Ulaanbaatar).

Unlike other Challengers, none of the participating teams have already qualified for the Lausanne Masters. In other words, the top 2 teams will earn the tickets.

The only 4 teams, who have already secured their spot in the Olympic capital are Novi Sad (SRB), Zemun (SRB) [both based on ranking], Riga (LAT) and Humpolec Bernard (CZE) [the latter 2 after reaching the final at the Lipik Challenger in Croatia].

Besides bringing together 4 of the Top 7 teams in the world and 8 of the Top 20, the Lignano Sabbiadoro 3x3 Challenger will also showcase some unique universality with 16 teams from 9 different countries (including 2 from Asia and 1 from the Americas).