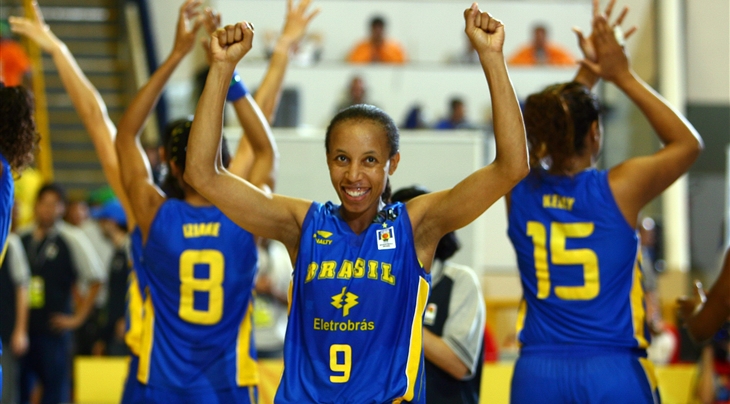 Taking place in Buenos Aires between October 6-18, Arcain will join the likes of local favorite and Youth Olympic Games Ambassador, Luis Scola to promote the event and encourage those who will be participating.

The IOC selects former Olympic athletes for every edition to help increase the reach and impact of the YOG, in order to encourage even more young people to get active. Headline stars from other sports such as Usain Bolt, Michael Phelps, Yelena Isinbaeva, Michelle Wie, Yao Ming and Chad le Clos have all supported previous events.

Arcain is certainly a legend of Olympic women’s basketball and considered as being among the all-time greats for her ability to put points on the board. The Sao Paulo native was the leading scorer at the 2000 Olympics with more than 20 points per game and twice made the podium with her country. She propelled Brazil to the Final to land a silver medal at the 1996 Games and then picked up a bronze medal four years later.

During 2004 in Athens, Arcain became Brazil’s all-time leading Olympic scorer and was confirmed as one of the most prolific players to have ever graced the Games.

With this kind of eye-popping track record, it’s no surprise she will take up her role and be a big success. The task will be to inspire the new generation of ballers who will take part in the 3x3 tournament at the Youth Olympics Games between October 7-17.

Medals will be distributed for both the men and women, with the extra thrill of a women’s shoot-out contest and men’s dunk contest.