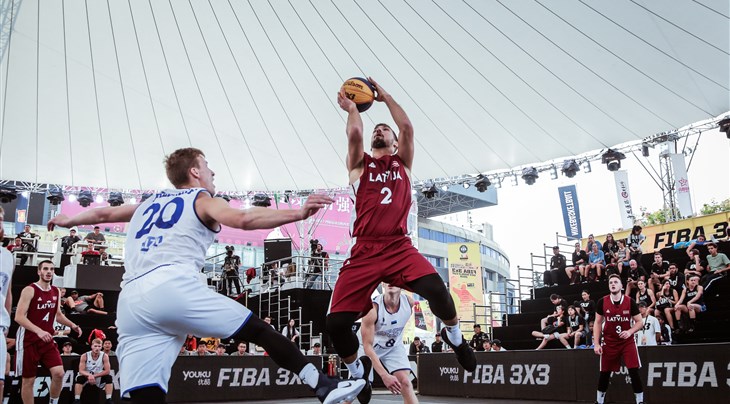 Latvia's men had a clean 4-0 record in Pool A but had to sweat to beat Hungary (20-19) in their last game. No other team was able to win all 4 games in the men's category so add the Baltic powerhouse to the list of favorites for the U23 World Cup title on Sunday. Hungary - who only dropped that one game - advanced as second.

In Pool C, hosts China finished with a 3-1 record after losing their last game of pool play against a Filipino team that brought more highlights than a Marvel movie. Despite that loss, the hosts topped the pool and Slovenia joined the party.

Latvia will play Slovenia and China will face Hungary in the men's quarter-finals of the FIBA 3x3 U23 World Cup.

In the women's category, Russia were the sensation of the day and they advanced to the quarter-finals undefeated after their two wins today against Sri Lanka (22-1) and Iran (19-5). They will be joined by the latter, who won their other 3 games in the pool stage of the FIBA 3x3 U23 World Cup.

In Pool B, Ukraine and Belarus advanced to the quarter-finals in an insane three-team tie-breaker. The Netherlands finished 3rd in the pool and were eliminated for just 2 points in the point-average tie-breaker.

Russia will play Belarus and Ukraine will face Iran in the quarter-finals.

The pool stage finishes tomorrow with 8 more teams (4 men and 4 women) set to make it to the quarter-finals.