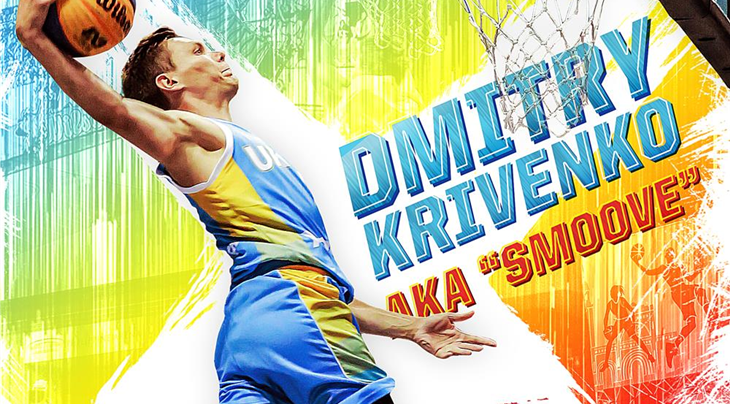 Krivenko was a picture of consistency all throughout the competition, scoring 51 points total in the Semi-Finals and wowing the crowd with a total of 79 points in the Final. His best work was catching the ball after bouncing it between his legs for an emphatic one hand jam, for which he was given a perfect 30.

He defeated Guy "Frequent Flyer" Dupuy in the Final despite the latter scoring two 30-point dunks. Dupuy failed his first dunk try and was given a 0, which set him back too far from Kryvenko.