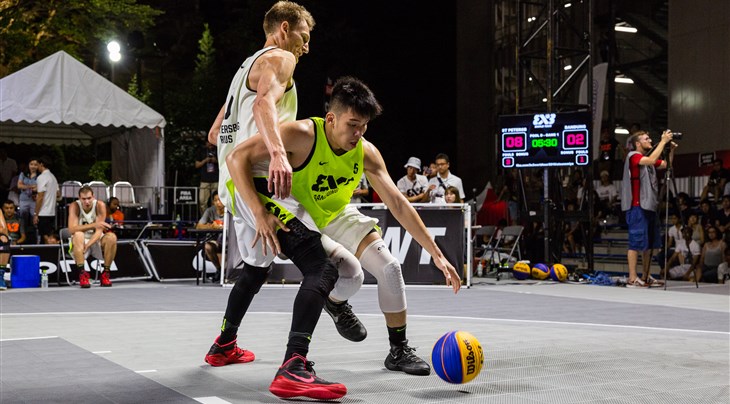 KAUNAS (3x3 Challengers) - Bandung (INA) will travel all the way from Indonesia to compete in the Kaunas 3x3 Challenger this weekend in Lithuania on June 30 - July 1.

Bandung (INA) are the only team coming from outside of Europe at the Kaunas 3x3 Challenger. They will be led by 3x3 Indonesian star Rivaldo Pangesthio and star in Pool A alongside the number 8 team in the world Belgrade (SRB) and Kaunas East Simtmecio (LTU).

Amsterdam Inoxdeals (NED) will be the team to beat in Pool B. The team can focus on the pro season now that they missed their ticket to the Europe Cup, representing the Netherlands at the Andorra Qualifier. Lutry (SUI) and Vilnius East Tegra (LTU) - featuring World Tour Lausanne Masters 2015 winner Vitalij Luksa - will compete against the number 12 team in the World.

Ralja Intergalactic (SRB), who finished 2nd at The Hague Challenger one month ago headlines Pool C. The experienced team Zagreb (CRO) and the winners from the Qualifying Draw A will complete the pool. Tinkoff Moscow Open winners Gagarin (RUS), Andorra Squad (AND) & Goleniow (POL) are the 3 teams which will have a chance to advance to Pool C.

The winners of Qualifying Draw B will complete Pool D, where Moscow Inanomo (RUS) and Vilkaviskis AEKK (LTU) were placed following the automatic seeding.

Teams will compete for 20,000 USD and two tickets to the FIBA 3x3 Prague Masters 2018. Gagarin (RUS), Amsterdam Inoxdeals (NED) and Ralja Intergalactic (SRB) are already qualified for Prague. If one of them finish in the Top 2, then, the next team in the standings will make it to the Czech capital.

Liman (SRB), Piran (SLO) and Humpolec Bernard (CZE) are the other teams who have already stamped their ticket to Prague.