Jordan impress on Day 1 of the FIBA 3x3 Asia Cup 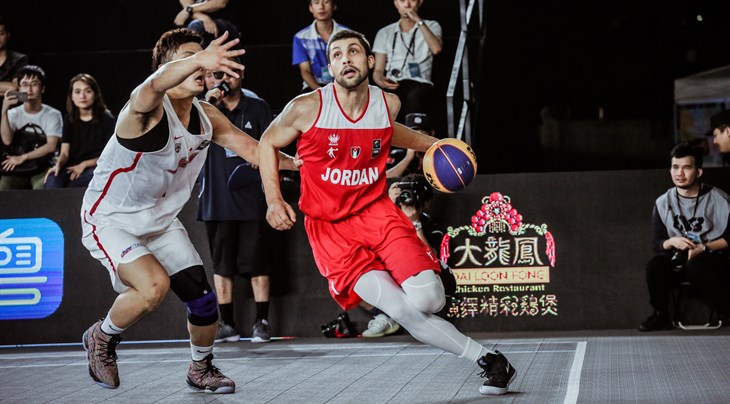 After 2 days of qualifying draw action, the teams were set to hit the court in Shenzhen for the main draw. Located next to Nanshan Cultural & Sports Center, teams from 15 different countries began their quest for the title of best team in Asia and Oceania.

On the women's side, two teams remained undefeated. New Zealand started off 2-0, a team that is heavy with basketball national team players, have now made a strong debut on the 3x3 court. Kazakhstan was also undefeated though they had a last minute scare against neighbor Turkmenistan which forced the first OT of the day.

On the men's side, Qatar and Jordan were the two top teams of their Pools. Qatar beat defending FIBA 3x3 Asia Cup Champions Mongolia in OT (21-19) in the Game of the Day while Jordan earned the headline and the summary below:

Team Jordan was full of highlights on their first day of competition. The foursome appeared for the first time at the 3x3 Asia Cup and they came firing. Amin Abuhawwas, made a top 5 play, and helped Jordan win a close match up with Turkmenistan. In their 2nd game against a strong, seasoned Japanese team, the match was tight for the first 6 minutes then Rasheim Wright got hot and game over with three 2-pointers. We will catch Team Jordan next in the Quarter-Finals.

Player of the Day (Dulguun Enkhbat)

Though Mongolia dropped a game, Enkhbat earned player of the day honors through his defense hustle, playmaking and, maybe, his hair helped too. He scored some of the more memorable shots in the nail-biter against Qatar. Let's see if last year's MVP has enough in him to take his team past the quarter-finals.

Game(s) of the Day

Mongolia vs. Qatar (M) and Chinese Taipei vs. Turkmenistan (W)

Mongolia and Qatar was a showdown that could lead to an OT ending. While Chinese Taipei proved their moves (and the crowd loved it) in their win against Turkmenistan to qualify for the final day.