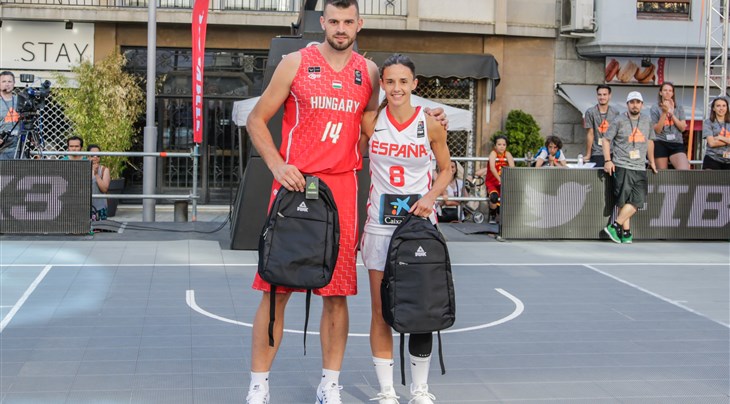 Tomislav Ivosev was a force in the middle and was named MVP of the men's category after leading Hungary to a spot at the Europe Cup, that will take place in Bucharest, Romania, on September 14-16. The 28-year-old finished 2nd in the scoring charts with 8.3 ppg.

Spain's Paula Palomares led the team in a go-to-Bucharest or go-home game versus Estonia on Sunday evening. The 2017 Europe Cup silver medalist finished 4th in scoring at the event with 6.6 ppg.