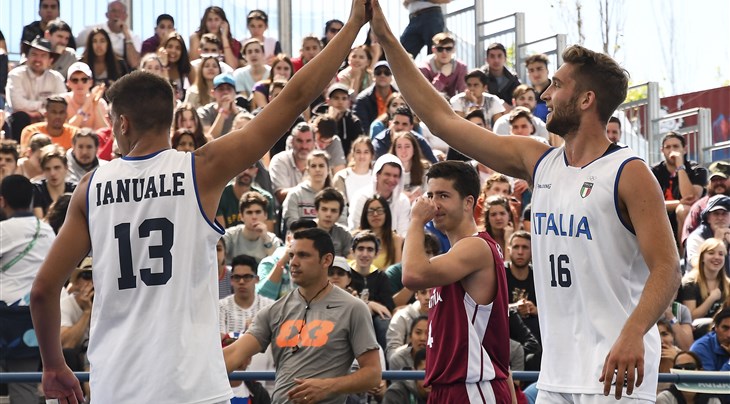 Italy came to Argentina without substitute but still finished with two wins on the 4th Day of action in the Urban Park after beating both Latvia and Kyrgyzstan. Riccardo Chinellato led the way with his 21 points in 2 games, in front of FIBA President Horacio Muratore and FIBA Secretary General and IOC Member Patrick Baumann.

In the women's category, Australia dominated the competition with two wins against U18 Europe Cup 2017 bronze medalists Netherlands and U18 World Cup 2017 silver medalists Czech Republic. Suzi-Rose Deegan and Sara-Rose Smith, with 9 points each, guided the Aussies to first place in the pool. The Netherlands, Czech Republic and Spain followed with a 1-1 split record. Estonia were the only team to finish the day with 2 L.