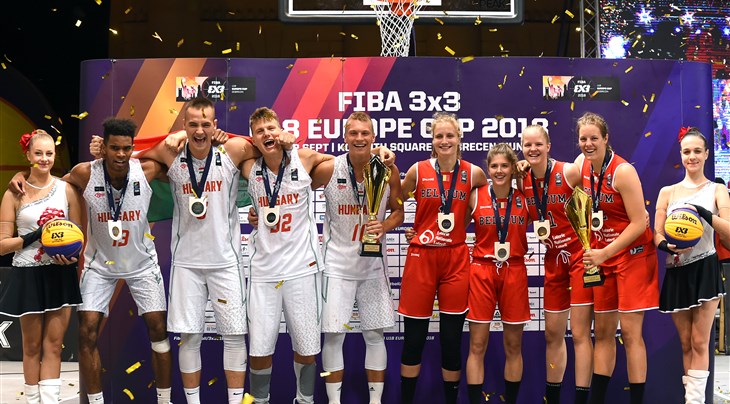 Hungary - who started the competition with a loss against Serbia - avenged their pool phase defeat in the final (20-17) in a packed Kossuth Square, in front of the iconic Great Reformed Church.

The MVP of the tournament, Maté Mokanszki finished with 40 points and led Hungary to their first gold medal in the men's category after winning the competition with the women last year. Pere Sureda (Spain) and event top scorer Victor Bogdan (Romania) joined Mokanszki on the team of the tournament.

In the women's category, Belgium dominated France in the final 12-4. This means Belgium and Hungary won gold 2 years in a row at the event, only they traded the men and women's titles! Russia took home the bronze medal after edging out Spain in an absolute thriller.