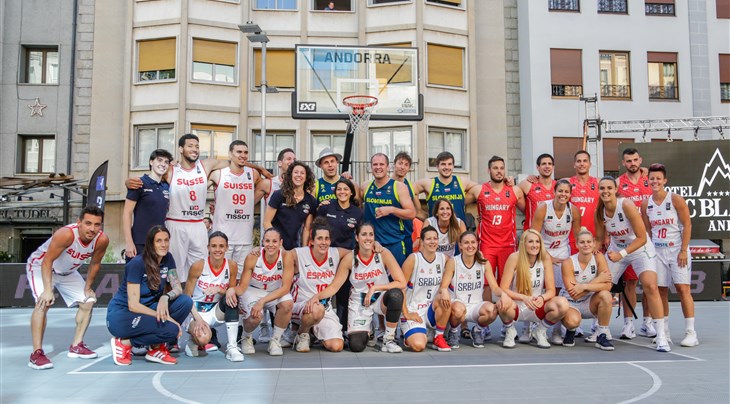 A total of 17 teams battled it out the entire weekend for just 7 passes to Bucharest, host of the 3x3 Europe Cup and Hungary were the only team to secure a spot with two teams.

Coincidentally, both teams lost their opener but won every single one of their next games. Tomislav Ivosev was a force in the middle and was named MVP of the men's category while Europe Cup 2016 winner and MVP Dora Medgyessy led all women in scoring (29 pts in 4 games).

Slovenia's men were the only team in the entire tournament to go undefeated (4/4).

Serbia and the brand new world champions Italy's women were the first 2 teams to clinch their qualification after winning their pools early on Sunday.

Spain's women (led by women's MVP Paula Palomares) and Switzerland's men also made the list after winning a go-to-Bucharest or go-home game on Sunday evening.

While there weren't too many notable upsets in the women's category, 3 men's teams who competed at the FIBA 3x3 Europe Cup last year in Amsterdam will not come back for the 2018 edition. This list shockingly includes the Netherlands (who won silver at the World Cup just a week ago), Ukraine (who won bronze at the Europe Cup last year) and Czech Republic.

Reminder: 7 teams secured their ticket to the FIBA 3x3 Europe Cup 2018, which will be held in Bucharest, Romania on September 14-16.