Humpolec finally over the hump at Limassol 3x3 Challenger 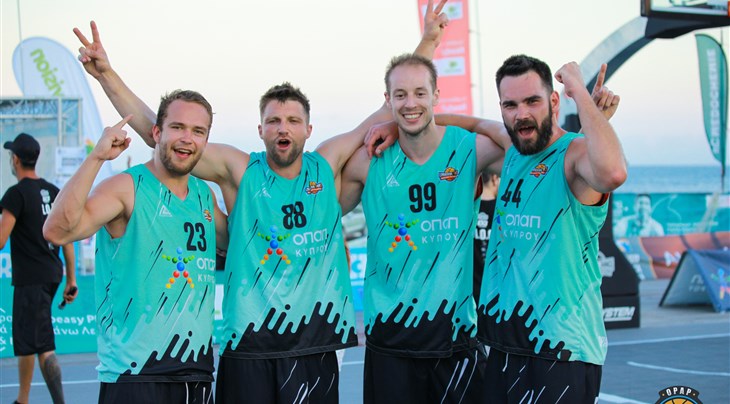 Down 11-15 with 90 seconds to go, the number 1 team in Czech Republic look doomed to get their 3rd second-place finish in a row in a challenger this season. After all, the team had reasons to celebrate: the 2 best teams in each challenger get a ticket to a FIBA 3x3 World Tour Masters. And Humpolec Bernard had already secured a spot to Debrecen after Utsunomiya and Prague.

But this time Humpolec finally got over the hump. The new guy on the team Vladimir Sismilich curled to the 2-point arc and launched a perfect shot that the windy beaches of Limassol couldn't stop.

Though Liman Tesla Voda lost 4,000 USD on this miracle shot, they didn't lose everything on Cyprus Hill. They can take solace in becoming the first team this season to qualify for 6 World Tour Masters! Get ready to see a lot of Stefan Stojacic this season. He's expected to play in Saskatoon, Utsunomiya, Prague, Debrecen, Chengdu and Kuala Lumpur.

Novi Sad (SRB) and Kranj (SLO) are the only other 2 squads who have already qualified to the Debrecen Masters, which will take place on August 30-31.

Six of the Top 15 teams in the world and a total of 16 teams from 12 different countries competed in Cyprus.

For the first time this season, 2 French teams made it to the knock-out stage as Nice finished 4th and Paris LCG 5th overall.

The next Challenger will be held in Lipik, Croatia on June 22-23.