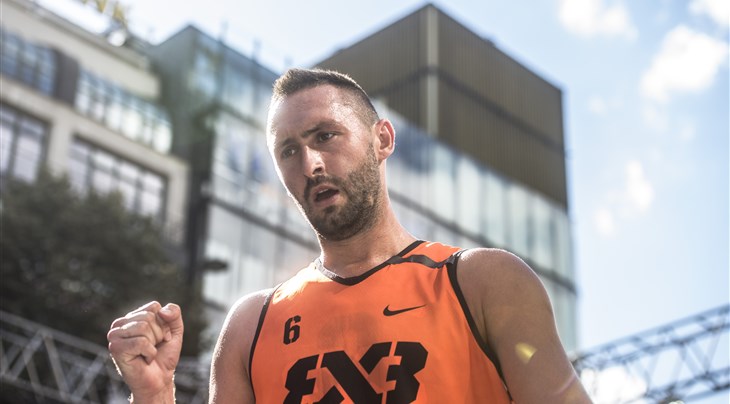 HUAIAN (3x3 Challenger) - After missing out on a World Tour ticket at the Nanjing and Wuxi Challengers, the number one 3x3 team in the world Novi Sad (SRB) will look to win their first title of the season against some of their biggest rivals at the Huaian 3x3 Challenger in China on May 12-13, 2018.

The beginning of the season couldn't have been more irritating for the 2-time World Tour winners (2014, 2015). On Dusan Bulut's official website, the number one 3x3 player in the world Dejan Majstorovic explains:

"We didn’t start the season the way we wanted, we are still searching our game. I have to admit that we also didn’t have luck. In Nanjing, Moscow scored 8 shots from outside the arc, out of which 3 were off the backboard. The same thing happened to us at the Wuxi Challenger, in the semi-finals against Humpolec, where they score another 2-pointer off the backboard while we were up 20-19."

For his teammate Bulut, things are crystal clear: "Only victory. We won’t be satisfied with anything less in Huaian."

Last year, for the first edition of the Huaian 3x3 Challenger, Novi Sad came close to victory but lost a close final against Zemun (SRB). This season, Zemun will not compete in Eastern China but 3 other teams in the Top 8 will be there.

It starts with Liman (SRB) who have now topped Zemun to rank 2nd overall in the FIBA 3x3 Team Ranking and are fresh off a big win at the Wuxi Challenger last week.

Two-time World Tour winners (2013, 2016) Ljubljana (SLO) have slipped to 6th overall in the rankings but showed good things at the Penang Challenger (4th).

Last but not least, Belgrade (SRB, 8th) proved they could beat anyone at the GoYang Challenger earlier this year (they defeated the eventual winners Saskatoon (CAN) in the pool phase).

On top of that, 2 other Top 30 teams will be in attendance, with the red-hot Moscow Inanomo (RUS, 21st) who finished 2nd in Nanjing and 5th in Wuxi and the US National Champions, Team Princeton (USA, 26th), featuring 3x3 star Dan Mavraides and former NBA player Robbie Hummel.

The two best teams at the Huaian Challenger qualify to the Kuala Lumpur Masters on October 13-14, 2018.

Two teams have already earned a trip to Malaysia: Zemun (SRB) and Kranj (SLO) (based on ranking).

The 16 participating teams from 6 different countries will also compete for 20,000 USD in prize money.