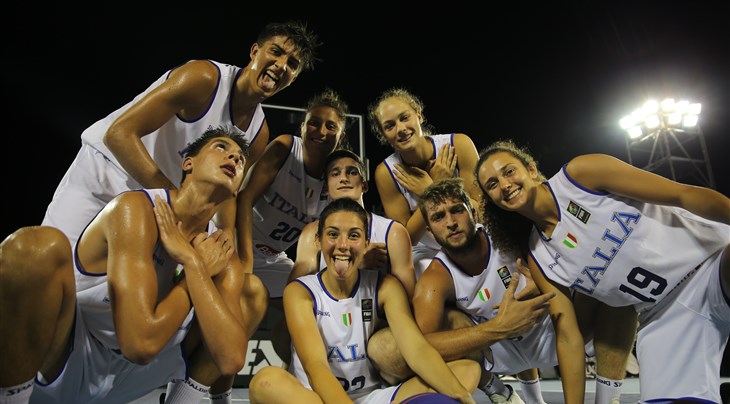 In the men's category, Italy defeated Lithuania first and then Latvia on the opening day of the U18 Europe Cup Qualifier. Led by Lorenzo Donadio with 15 points, hosts finished on top of Pool B. Poland are second in Pool B after finishing undefeated as well.

Germany were a force in Pool A. They dominated Ireland and Switzerland, averaging 21 points per game. Ukraine, also undefeated, stay second in the pool.

In the women's category, Italy finished on top of Pool A thanks to wins against Spain - just by one point - and Andorra. They finished undefeated the first day of pool play. Spain was 2nd in Pool A.

Czech Republic headlined Pool B after 2 wins on Day 1. Led by the #1 3x3 U18 player in the World Alžběta Levínská, they were peerless on the court. Second in the pool was Turkey.

The pool stage will finish tomorrow. Remember that the pool winners qualify directly and the teams ranked 2nd and 3rd in their pool play a semi-final against the teams ranked 3rd and 2nd respectively in the other pool. The winners of these 2 semi-finals book 2 tickets to Debrecen for U18 Europe Cup. .

Games are back tomorrow at 9.50 (GMT +2) with the end of the pool phase and the knock -out rounds, live on www.youtube.com/FIBA3x3 and www.facebook.com/FIBA3x3.