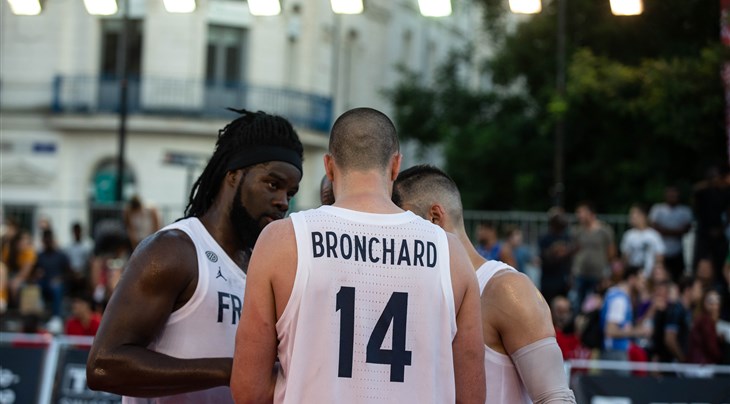 In the men's category, it was a good day for the local fans who came to the iconic Place du Maréchal-Leclerc in the heart of Poitiers. Led by a dominant Dominique Gentil, France won both games in their pool to advance to the knock-out games of the Europe Cup France Qualifier. The French defeated Israel and Italy. Israel will join France in the next round of the qualifier after outscoring Italy, who are out.

In the other pool of the men's category, Europe Cup reigning champs Latvia suffered to defeat Montenegro in overtime. Both teams qualified to the next round at the expense of Turkey, who finished 3rd in the pool.

Latvia will play Israel and France will face Montenegro, for a ticket to the Europe Cup in Bucharest. The teams in Pools A & C will start tomorrow, before the knock-out games.

In the women's category, France and Belarus top Pool B after both defeating Turkey and Czech Republic. The winners of their match-up tomorrow morning will be automatically qualified to the Europe Cup.

In Pool A, no surprises as World Cup 2017 bronze medalists Ukraine dominated the competition on Day 1. Poland also won their 2 games today and sit with Ukraine on top of their pool.

In the scoring charts, Dominique Gentil had a tournament-best 23 points in 2 games. Second was Belarus' Natallia Dashkevich with 21.

Games are back tomorrow at 14.30 (GMT +2) with the end of the pool phase and the knock -out rounds, live on www.youtube.com/FIBA3x3 and www.facebook.com/FIBA3x3.