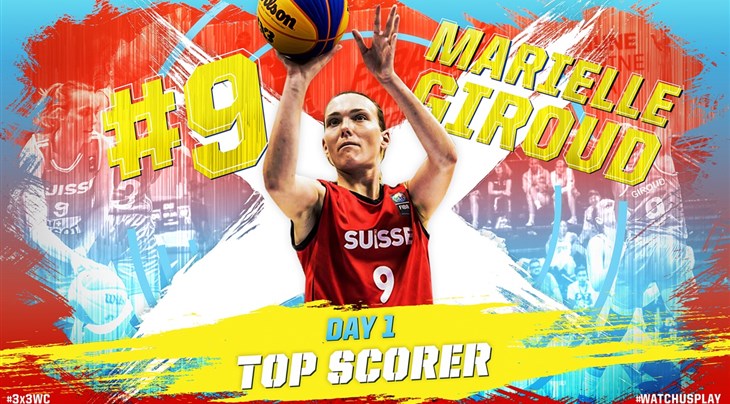 The 30-year-old stole the show and led all Day 1 players in scoring with 20. She carried the Swiss past Kazakhstan in their first game, 16-14, and then turned up the heat even more against China, dueling with Chinese shooter Li Yingyun. Both Giroud and Li scored 11 points in the game, which the top-seeded Chinese won, 21-20.

Li would be the day's second-best scorer for women with 18 points, while Hungary's Bettina Bozoki was third with 16 points.

In the men's category, Michael 'Money in the Bank' Hicks kicked the day off with 9 points against an overmatched Indonesia, leading Poland to an easy 22-6 win, including a pair of long twos all the way from Warsaw.

This dude's got more range than Marvin Gaye #3x3WC #WatchUsPlay

He followed that up with 9 more points as the Poles took on second-seeded Slovenia later in the day and won, 21-17. His 18 points were tops for the day, while Karlis Lasmanis of Latvia and Ivan Rasetina of Croatia were tied for second place with 17 points apiece.