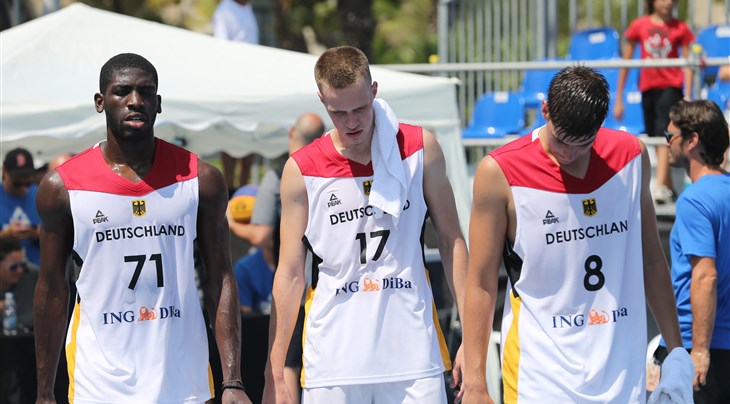 Germany finished on top of Pool A after dominating both Czech Republic and Ukraine on the opening day of the competition. They will be joined in the quarter-finals by the Czechs. Ukraine were eliminated after finishing 0-2 in the pool stage.

In the women's category, Ukraine and Spain advanced in Pool A after defeating an Italian team that had impressed in the qualifiers. Veronika Kosmach, from Ukraine, finished as top scorer of the day with 18 points.

In Pool C, Israel suffered an early elimination after losing both games on Day 1 against Latvia and France. The Latvians finished on top of the pool after defeating France in their last game of pool play in another nail-biter (12-11).