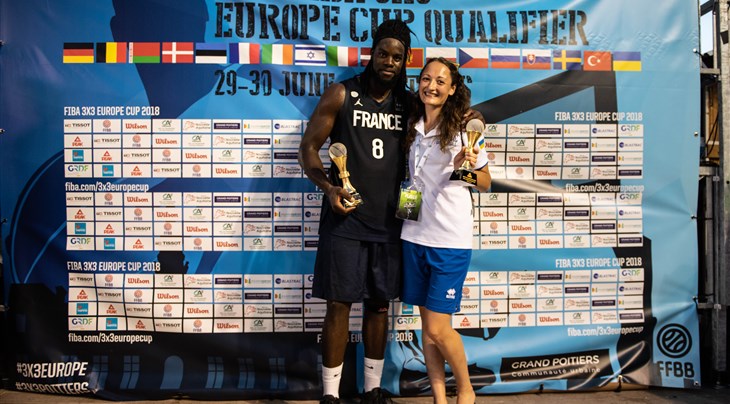 Gentil aka 'Mister Nice' was a force for France and finished as the team's top scorer (and 2nd overall) with 9 points per game. He led 'Les Bleus' to a perfect 3-0 record and a qualification to the FIBA 3x3 Europe Cup 2018, which will take place in Bucharest, Romania, on September 14-16.

In the women's category, Krystyna Filevych was named MVP after leading Ukraine in scoring (7.3 ppg) Ukraine are back on the biggest stage after missing out on the Europe Cup last year and the World Cup this year.