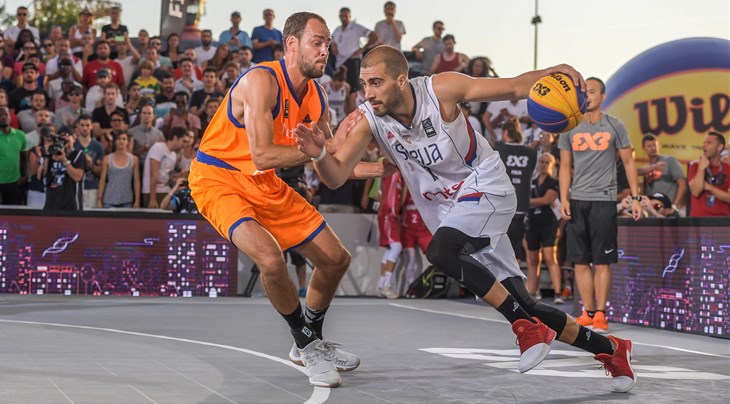 The 5th edition of the World Cup will start with a women's game between France (World Cup 2012 runner-ups) and Argentina (World Cup 2016 quarter-finalists). The FIBA 3x3 World Cup features the same number of men and women's teams (20 apiece), who play on the same court.

The first 4 days of competition will be dedicated to pool play (while the 5th and final day will see the knock-out rounds) and systematically end with a game of the Filipino hosts (women on Day 1 and Day 3, men on Day 2 and Day 4).

Here is an early look at the most exciting games of the pool stage:

Serbia are the heavy favorites to win their 4th World title in 5 editions? Both these teams beat them at the Europe Cup last year (Latvia won gold and Ukraine won bronze).

Nothing much, just a rematch of last year's World Cup final in the pool phase!!!

Japan are fresh off a bronze medal at the Asia Cup and Poland have put together maybe their best team ever. Also who wants to miss a Tomoya Ochiai vs Michael Hicks face-off?

These 2 have won a combined 3 titles in 4 World Cup editions. It's the first time both USA and Russia compete at the World Cup since 2014. That year, they met in the final and USA beat Russia in Moscow in front of their friends and family. Looking for reveeeeeeeeeeeeeeeeeeeeenge?

The Philippines have been seeded in the group of death. If Russia, Mongolia and Brazil weren't enough, they also have to deal with Canada, whose players have been one of the best professional teams on the FIBA 3x3 World Tour for the last 5 years. Yet with these fans, nothing's impossible for the Philippines.

You can watch every game of the FIBA 3x3 World Cup for free on the official FIBA and FIBA 3x3 social media accounts on YouTube and Facebook, and the Olympic Channel.