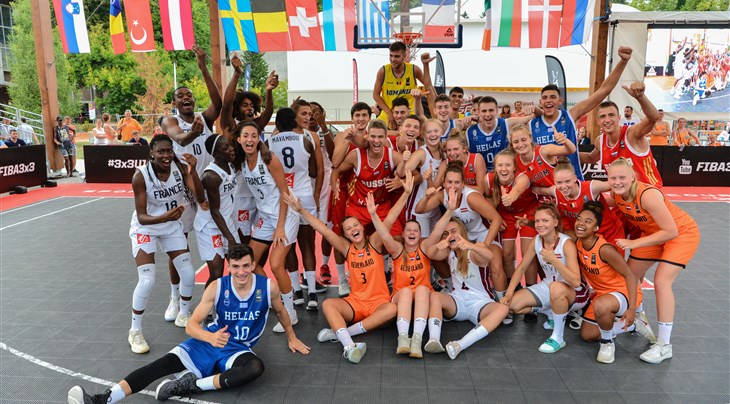 Ten men's teams and 8 women's teams from 14 countries played for 2 days in Voiron, France to qualify for the FIBA 3x3 U18 Europe Cup, which will take place in Debrecen, Hungary on August 31 - September 2.

In the men's category, Russia (led by tournament MVP Nikita Remizov) and France got the first 2 tickets to Debrecen after winning their pools. Romania and Greece joined them after winning a qualification game against Sweden and Slovenia respectively. With their revamped roster, last year's winners Belgium were knocked out in the pool stage and won't be able to defend their title in Debrecen.

In the women's category, Latvia (starring tournament MVP and top scorer Ligita Golovko) and Belgium took the fast lane to Debrecen after winning their pools. It took a little longer for the Netherlands and France, who dominated Greece and Romania respectively in the qualification games.

We already know who will compete in Debrecen at the FIBA 3x3 U18 Europe Cup after the three qualifiers hosted in France, Hungary and Italy: