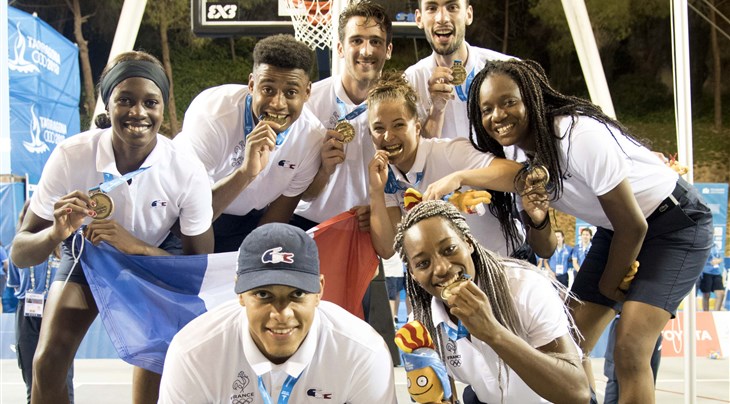 Though they did not concede a single loss in the iconic Camp de Mart Auditorium, it wasn't a walk in the amphitheater for France as both finals were decided in the last seconds, including an overtime win in the men's category for 'Les Bleus'.

In the men's category, France defeated Italy 16-15 in the final in an overtime thriller thanks to a last basket courtesy of Tim Eboh. France featured several high-caliber players, including Charly Pontens, who won bronze at the FIBA 3x3 World Cup last year! Italy won Silver and Slovenia struck bronze after defeating Greece in the third-place game 18-11.

In the women's category, France won gold after defeating Spain by two points (10-8) in the final in a deja-vu of what happened at the World Cup 2018 two weeks ago. France were led by last year's Europe Cup semi-finalist Caroline Hériaud. Spain earned silver and Portugal grabbed the bronze medal after upsetting Serbia 21-20 in the bronze-medal game in another thriller.