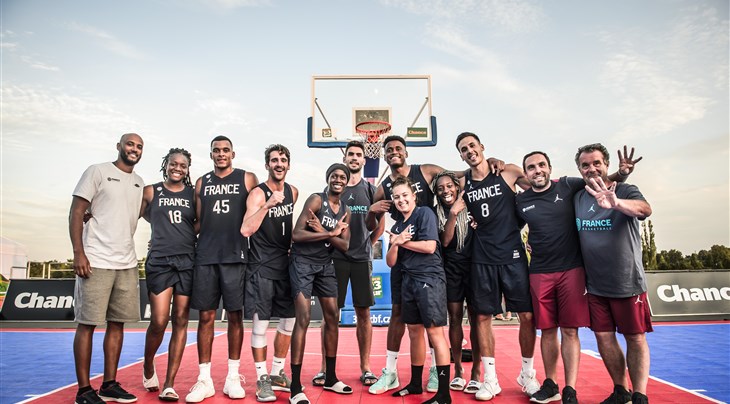 The word to describe France's women at the 3x3 U23 Nations League so far? Unbeatable! Caroline Hériaud & Co. finished first in all 4 stops and obviously headline the general standings in Europe after the 3rd and 4th stops in Prague, Czech Republic, last weekend. Led by the #1 woman in the world, Caroline Heriaud, France have not lost a single game in the tournament. In the 3rd stop, they dominated Russia in the final (20-12). It was Ukraine's turn to take a beating in the final at the 4th stop (18-4!). Far behind France in the European Standings , only 15 points separate the team ranked 2nd (Ukraine) to the squad ranked 5th (Hungary).

France weren't totally as dominant with the men as they did lose to Ukraine (21-15) in the final of the 3rd stop. But they returned to their winning ways on Sunday, after edging out Russia (17-13) in the final. Both teams are first and second respectively in the Tour Standings. France, Russia and Ukraine have now built a big lead, which will be difficult to bridge for the last 3 with just 2 stops remaining.

There will be a total of 6 stops in the European Conference this season (last 2 stops in Debrecen, Hungary on September 1-2). The top 3 teams from each conference qualify for the U23 Nations League Final, which will be played in Hyderabad (India) on September 22-23.