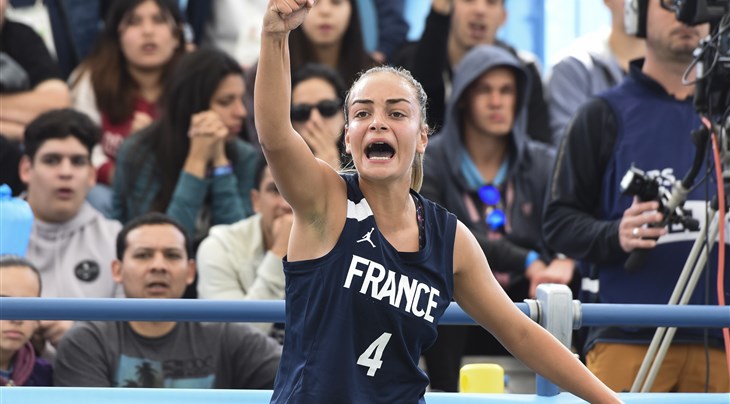 'Les Bleues' could do not wrong on Saturday and lived up to their silver medal run at the FIBA 3x3 U18 Europe Cup a month ago.

France won against a still undefeated Mexican team and Indonesia and will be joined in the quarter-finals by the hosts Argentina, who had a clean 4-0 record in Pool C after 2 more wins against Andorra and Mexico.

Slovenia dominated men's Pool A with another two wins over Jordan and Turkmenistan to advance undefeated to the knock-out games in the Urban Park of Buenos Aires. The Slovenians, who went 4-0 in the pool stage, will be joined by Georgia, who defeated China in a win or go home game. Jordan and Turkmenistan also were eliminated in the men's category.

Tomorrow, October 14, we will find out the last 2 teams - per category - that will advance to the Youth Olympic Games quarter-finals.