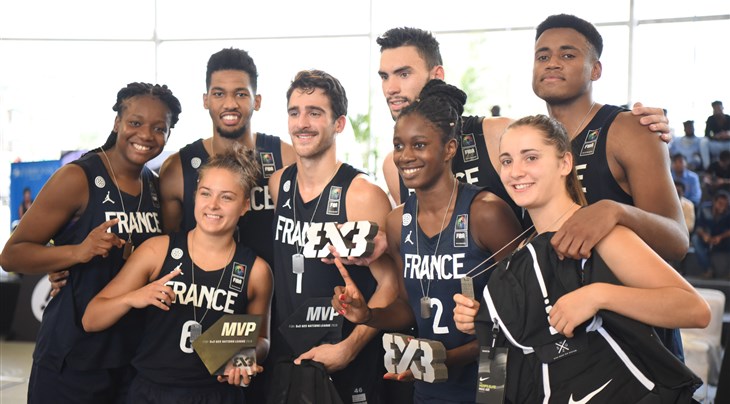 In the women's category, France narrowly edged out China in the standings (720 tour points to 710 overall). 'Les Bleues' started their U23 Nations league campaign on a 13-game winning streak and won 5 of the 8 stages in which they participated. The pocket-sized Caroline Hériaud (5ft 5in, 1.65m) was named MVP of the competition.

China also won 5 stages, including the last one in Hyderabad against France in the final but their 3rd place in the other Indian leg cost them the title. Last year's winners Hungary won bronze.

In the men's category, a little déjà vu: France beat China to 1st place by a wider margin (740 to 700 tour points). MVP Charly Pontens led the team to 5 stage wins (out of 8). In fact, France played in the final of every single stop. France finished on a high, winning the last 2 events in Hyderabad.

China finished second despite winning 4 consecutive stops in the Africa and Asia conference before travelling to Hyderabad. Mongolia, who won the first stop at home back on June 1, took 3rd place.

The FIBA 3x3 U23 Nations League is a national team competition for men and women under the age of 23 and an ongoing opportunity for the future talents to hone their skills in preparation for the FIBA 3x3 World Cup, multi-sport games and the Olympic Games.

France succeed to Hungary's women and Slovenia's men. The 2nd edition of the U23 Nations League brought together a total of 31 teams from 14 countries, playing in 14 different stops over a period of 4 months.