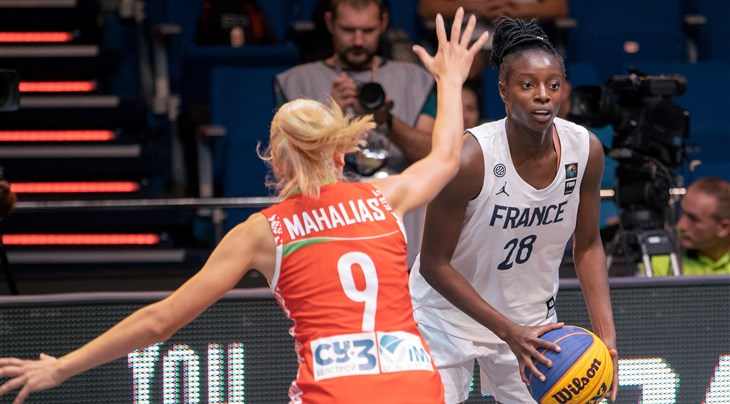 The 6ft (1.83m) dragster had 9 points including 3 shots from outside the arc in a 22-5 landslide over Belarus. Touré gained a bunch of new Romanian followers with her slick crossovers.

She followed things up with a 7-point performance in another win before the limit, this time against Czech Republic (22-10).

Her 16 points overall were enough for the Naruto and Hunter x Hunter fan to lead all players (men and women) in scoring.

In the men's category, 3 players led the way with 12 points: the number one 3x3 player in the world Dusan Bulut (Serbia) and Latvian teammates Edgars Krumins and Karlis Lasmanis.