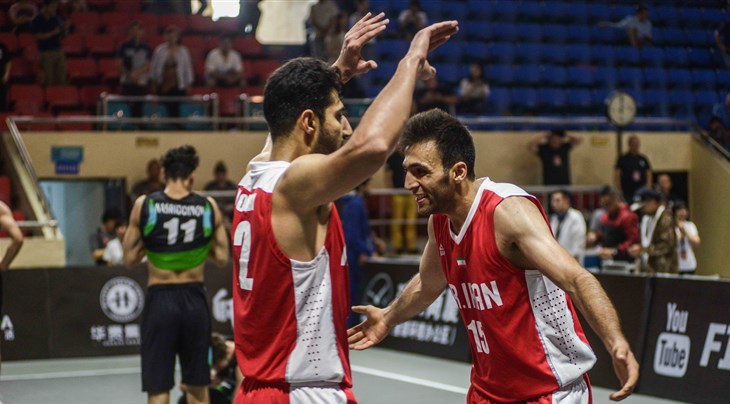 The big matchup of the day was the clash of the undefeated men's teams in Pool A between South Korea and Uzbekistan. The game went back and forth, however South Korea's 5ft 11in (1.80m) dragster Minsu Park broke out to score a game-high 12 points. South Korea won 20-17 advanced to the main draw, where they will face China and Iran in Pool B.

Australia's men had showed their dominance throughout the QD - and why stop on the last day? In their final game against Samoa, the team caught fire from behind the arc, with 16 of their 21 points coming from the great beyond. They will be back on the deck tomorrow in Pool D against Kazakhstan and eternal rivals New Zealand.

Iran was the last team to qualify on the men's side and they did it in dramatic fashion. With their superstar Mohammad Jamshidi down with an injury, the team survived a ping pong win-or-go home game against Uzbekistan without sub. As the game went to overtime, 27-year-old big man Masoud Soleymani dived to the basket on a pick-and-roll to give Iran a 20-19 win and a ticket to Pool B with China and South Korea.

On the women's side, Australia cruised to the main draw with a perfect 3-0 record following their 21-8 win on Sunday over Samoa. They will face Japan and Iran in the Main Draw. Uzbekistan had better luck on the women's side as they also had a clean sweep in Pool A. Next on the menu: a meeting with Jordan and Indonesia.

The Main Draw of the FIBA 3x3 Asia Cup will be livestreamed on youtube.com/FIBA3x3 and facebook.com/FIBA3x3.

Check out the official website of the competition for the game schedule.