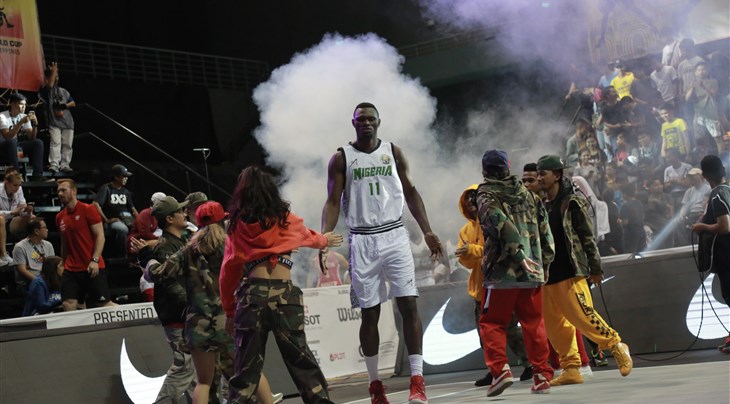 First name and we're already cheating. Cause El Sabbagh already played at the World Tour, back in 2016 at the Americas Masters. His team (Alexandria) proved it belonged there, losing by just 1 point in the quarter-finals. The crafty El Sabbagh is dangerous driving to the rim and has a knack for finding spaces and angles in traffic. His obsession is to be at the Tokyo 2020 Olympics... 36 years after his father Tarek did it with basketball in Los Angeles.

This Fidel doesn't give 4-hour speeches. He's a 12-second shot-clock specialist. Don't look elsewhere for the best sniper in the competition, Mendonca has shown his shooting skills in basketball competitions: he was in the All-Star Five at the 2015 FIBA Africa Champions Cup and was one of the top scorers for Cape Verde at the 2017 FIBA AfroBasket Preliminaries

The 24-year-old Munanga has plenty of juice and flashed a lot of potential at the 2017 AfroBasket. His speed and athleticism seem made for the World Tour and shooting from the logo should be easy money for him considering his Frank Ocean range.

The US-born Williams was Togo's top scorer at the FIBA 3x3 Africa Cup last year. The James Harden comparison doesn't stop with his perfect beard. Williams can pull up from virtually anywhere and proved last year that he was not afraid to hit big shots in money time.

That’s how you 🔥 up your home crowd 😱 feat. Togo’s Jimmy Williams at the #3x3Africa Cup. 📼: @adipopas

Forget about shooters, the 28-year-old would be an immediate candidate for most spectacular player of the World Tour. Yahaya finished 3rd in scoring and Nigeria to gold last year. He is a force under the rim and when he takes off, these things happen.