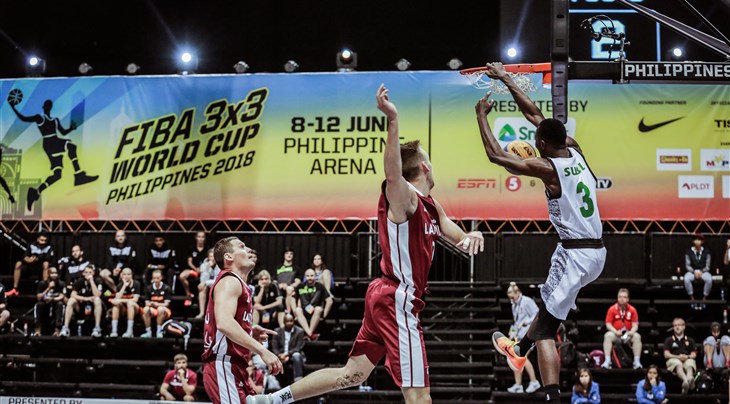 1. Who will have the best start in the race to the Olympics?

The best teams in Togo will not only win the Africa Cup, they will also increase their chances to make it to the Tokyo 2020 Olympics. Make no mistake: the Africa Cup gold medalists will NOT qualify directly to the Olympics but they will earn enough ranking points to climb up the FIBA 3x3 Federation Ranking, which is the main avenue for teams to qualify directly or indirectly to the Olympics. For more information about the 3x3 Olympic tournament, check out our brand new Olympic section on FIBA3x3.basketball.

2. Who will be this year's Madagascar?

3x3 is a chance for new countries to win medals in basketball. For the 1st edition of the FIBA 3x3 Africa Cup last year, Madagascar's men won the bronze medal. Their best-ever rank at an AfroBasket was 9th... 46 years ago. Similarly, Uganda struck bronze in the women's category despite never making it to the Elite Elight in AfroBasket Women's history. Benin and Mauritania (2nd and 3rd at the Benin Qualifier with the men), but also Burkina Faso (4th at the Benin Qualifier with the women) are out here ready to cause an upset in Lomé.

3. Who's Abdul Yahaya dunking on this year?

Every year we get some of the most electric plays from our African events and the Nigeria star Abdul Yahaya is a safe best to feature in the Top 5 plays of the tournament. If you're dying for highlights, you know what to watch this weekend.

What do you do if you're the defender?🤔 a. Pretend like nothing happened b. Turn and tell the ref it was a foul c. Play it cool and fist bump the dunker d. Get the tape and burn it before it hits the gram

Mali stunned Nigeria (12-11) in the final of the women's tournament last year, something Nkem Akaraiwe still hasn't swallowed. Mali will have 2 players back from last year's campaign in Djeneba N'Diaye and Kadidia Maïga but will be missing last year's MVP Nassira Traoré. Will the addition of 26-year-old Aïssata Boubacar Maïga provide enough experience to lead a team of young rising stars?

5. How much difference does 3x3 experience make?

Uganda's bronze-medal run last year did not surprise the 3x3 insiders as the country had participated in several international 3x3 competitions. This year again, Jamila Nansikombi arrives in Togo after playing at the U23 Nations League, the U23 World Cup and the World Cup itself! Abdul Yahaya also spoke about the lessons from playing the best teams in the world in Manila in June. How much of an advantage will it be for Uganda and Nigeria when they play the more inexperienced teams on the 3x3 scene?