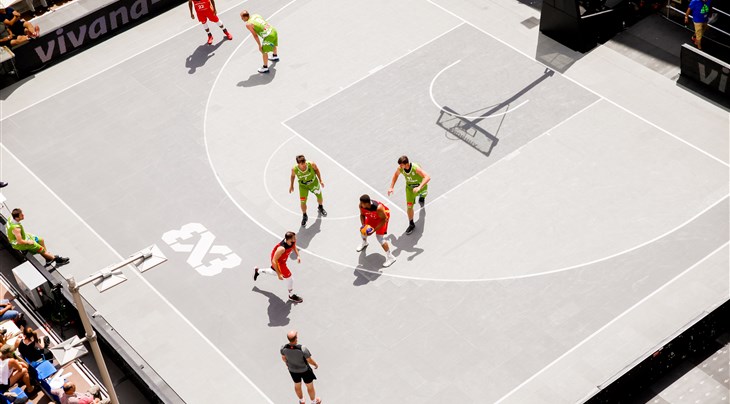 The FIBA 3x3 Europe Cup Qualifiers start with a bang. Don't believe us? 10 of these 17 teams qualified for the Europe Cup last year. In other words, 3 of these teams will not be able to repeat this year.

In the men's category, Slovenia and Ukraine finished 2nd and 3rd respectively last year at the Europe Cup in Amsterdam, Netherlands.

Slovenia will need to battle it out with local favorites Andorra, a rejuvenated Czech team and Greece in Pool A.

Get the pop corn ready for Pool B, that not only features Ukraine but also the Netherlands (who just won silver at the FIBA 3x3 World Cup last week), Hungary and Switzerland. All 4 of these teams qualified for the Europe Cup last year. Two of them are guaranteed to be eliminated this year.

The top 2 teams in each pool make it to the semi-finals. Only 3 tickets to Bucharest (the hosts of the Europe Cup 2018) are available meaning the 2 semi-finals winners and the team which prevails in the third-place game will qualify.

The women's category will see the return of the new world champions Italy, including World Cup MVP Rae Lin D'Alie. They will meet last year's Europe Cup runner-ups Spain, Andorra, Azerbaijan and Greece in Pool A.

Europe Cup 2016 winners Hungary will headline Pool B,. Estonia, Latvia and Serbia will complete the pool.

The winners of each pool get an automatic ticket to Bucharest. The last 2 passes go to the winners of the semi-final games between the teams ranked 2nd and 3rd respectively.