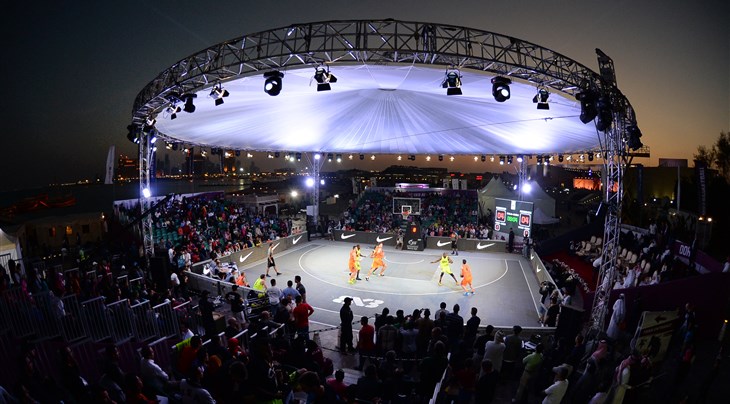 DOHA (FIBA 3x3 World Tour 2019) – The FIBA 3x3 World Tour is guaranteed to come back latest in April next year after FIBA and QBF signed a multi-year contract (as customary for World Tour events) to host a Masters in Doha, Qatar at the Katara Cultural Village on April 25-26, 2019.

Unlike in 2018, 3x3 fans won’t have to wait for 9 months for the number one event of the professional season to return.

The FIBA 3x3 World Tour will make its first-ever appearance in Qatar. However, the country has been involved in 3x3 from an early stage: their national team won the FIBA 3x3 World Cup back in 2014 and Doha played host to the FIBA 3x3 All Stars from 2013 to 2016.

The FIBA 3x3 World Tour 2019 will now stretch to at least 8 months since the Final will take place in Utsunomiya, Japan on November 2-3.

"The FIBA 3x3 World Tour has been growing every year since 2012 and our goal for next year was to extend the season to engage with our fans all year long. The interest to host a professional event has skyrocketed since 3x3 joined the Olympic program and we will announce more exciting news and events in the upcoming weeks."

FIBA 3x3 events are played on Sport Court's floors with Schelde backstops, protected by MagicSky's tents and benefit from Wilson's innovative and specially-made ball for 3x3.