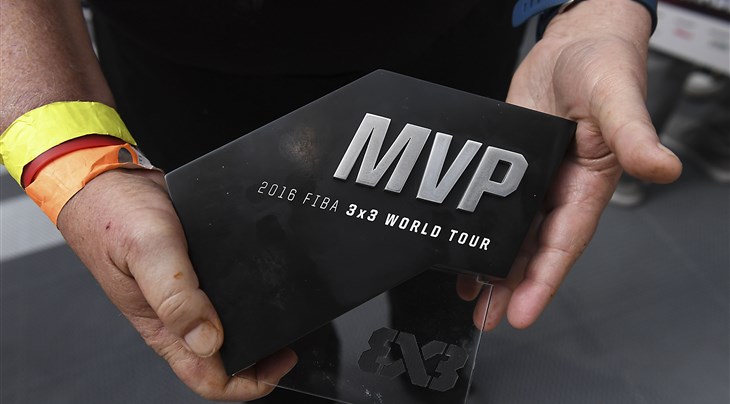 Who are the candidates?
The top 5 players in the scoring list for the season (Stefan Stojacic, Dusan Bulut, Mihailo Vasic, Aleksandar Ratkov and Karlis Lasmanis) + all the other players who have won an MVP award this season (3: Jasmin Hercegovac, Tamas Ivosev and Dejan Majstorovic)

Where do they vote?
Fans vote here by simply clicking above on the player they believe is the FIBA 3x3 World Tour 2018 Regular Season MVP.
Media and players vote via an online form.

The points coming from the 3 panels are then aggregated. In case of tie, the player who received the most votes from the players panel wins the tie-breaker.

When do they vote?
Vote opens on 16 October and close on 25 Oct noon GMT.